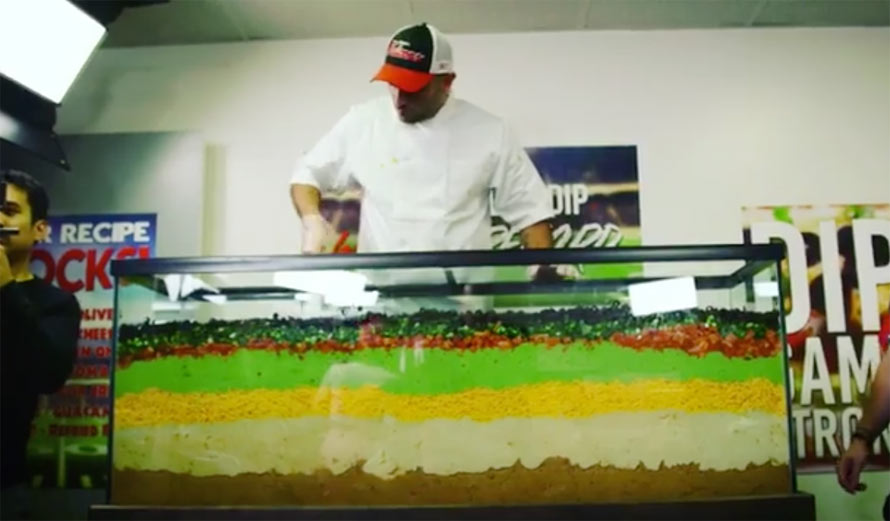 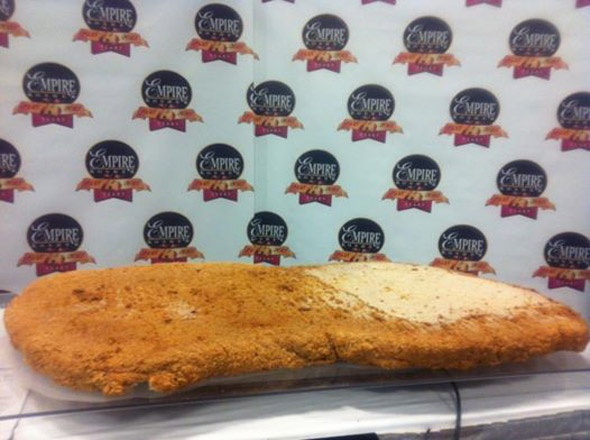 So this happened… The World’s Largest Chicken Nugget was inexplicably created by Empire Kosher Poultry.

Many chickens were harmed in the making of the 51.1-pound ‘nugget,’ which took 45-minutes to deep-fry. Although at this size, it’s hardly a ‘nugget’ anymore. Let’s just all agree to disagree and call it the world’s largest ‘chicken slab.’ Now where’s the gallon of sweet and sour sauce? 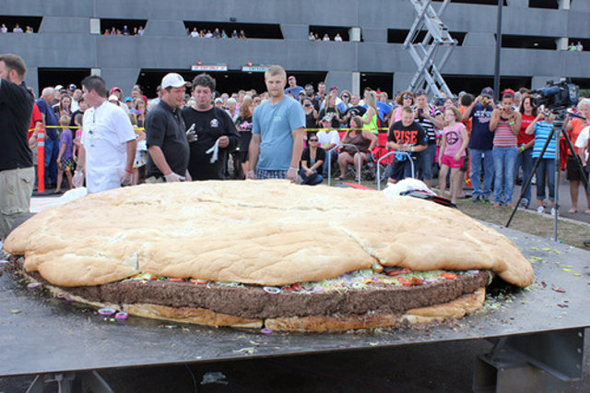 Weighing in just north of a ton (2,014lbs), the World’s Largest Cheeseburger was recently created by the Black Bear Casino Resort in Minnesota. Although, it’s not much to look at, the burger was confirmed as the world’s largest by Guinness Records, and immediately consumed by onlookers. 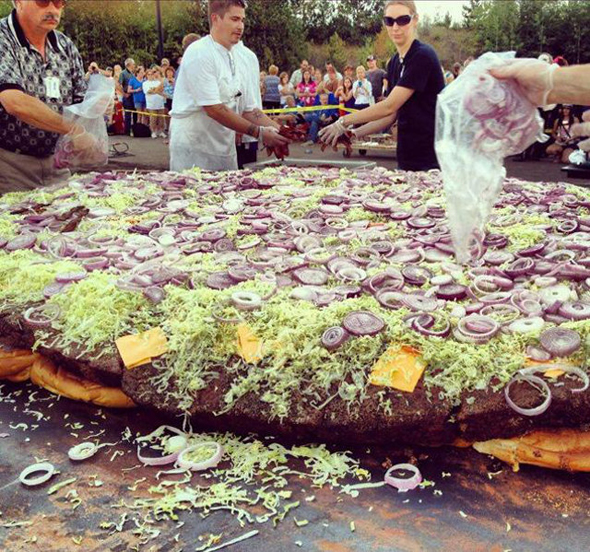 See’s Candies, located in Burlingame, California, recently broke the Guinness Record for the World’s Largest Lollipop. The large chocolate lolly… 16’7″ tall with stick, and about 7000 pounds. What, no gum inside? 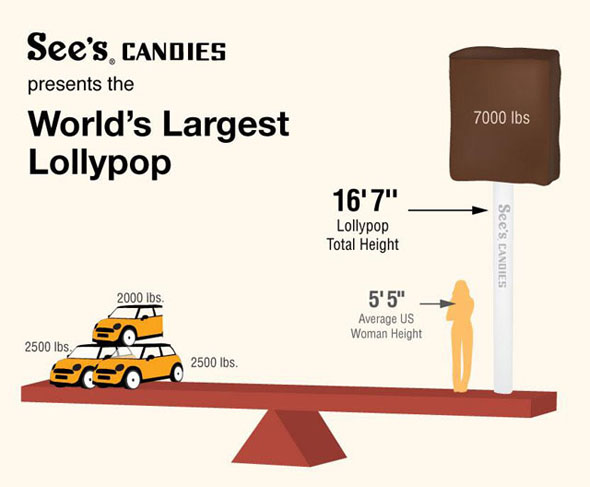 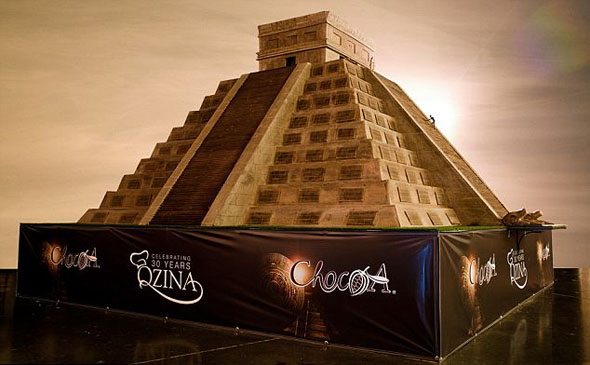 The official World’s Largest Chocolate Sculpture is upon us, and it’s appropriately in the form of a place of worship. Brought to us by Qzina Specialty Foods, the chocolate sculpture is a replica of the Kukulcan pyramid in Chichen Itza, Mexico. It weighs 18,239lb, and is 10ft tall. Now, pay homage to the chocolate. 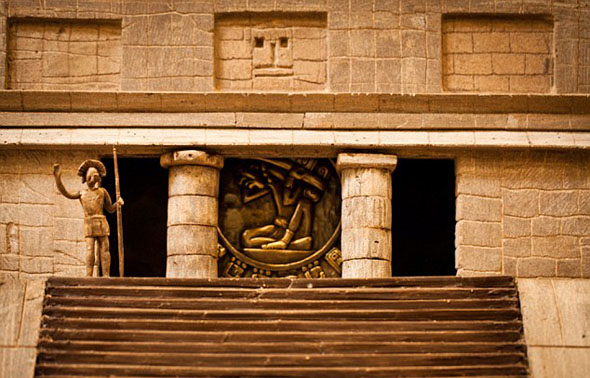 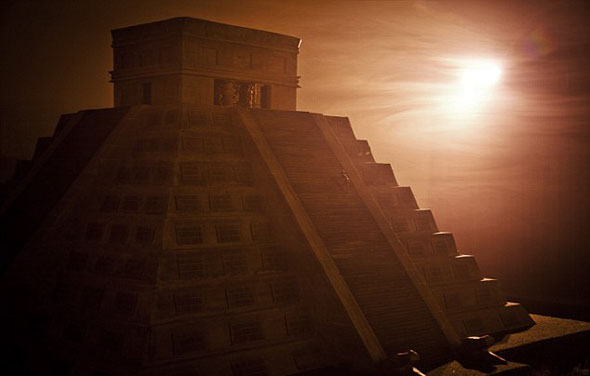