Imagine a world where donuts and tacos could join forces, forming one glorious super food. Well that time is now, and the Taco Donut is our new hero.

The Taco Donut has been brought to us by a few enthusiastic redditors, and is made possible with the use of 3D-printing. A donut cutter was made that not only creates a circle with a donut hole, but also forms a pocket in the dough to place taco filling.

Once the two halves of the donut come together, the Taco Donut is fried and topped with queso frosting, guacamole, cilantro and hot sauce. It’s the franken-food you deserve. 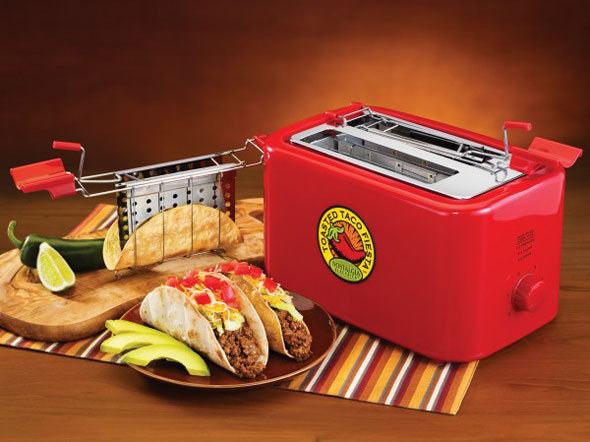 Hard or soft? It’s a question we struggle with every Taco Tuesday. Fortunately, the Taco Shell Toaster has the answer, and that answer is an emphatic “both.”

Only have softies in the house? Simply slip that flaccid tortilla on the toaster’s shell holder, and you can finally offer some variety on taco night. 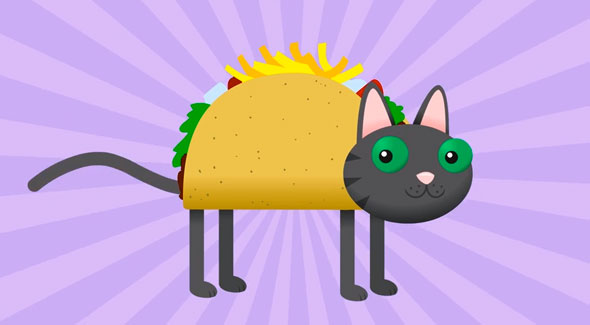 Taco Cat, besides being a magical and elusive animal, is also a wonderful palindrome — meaning that it’s spelled the same forward and backwards.

Singer-songwriter Parry Gripp, who recently brought us Burrito Van, keeps the Tex-Mex love going with TACOCAT — a fun animated music video and spelling lesson. Please watch this, and have fun getting the song unstuck from your head today. 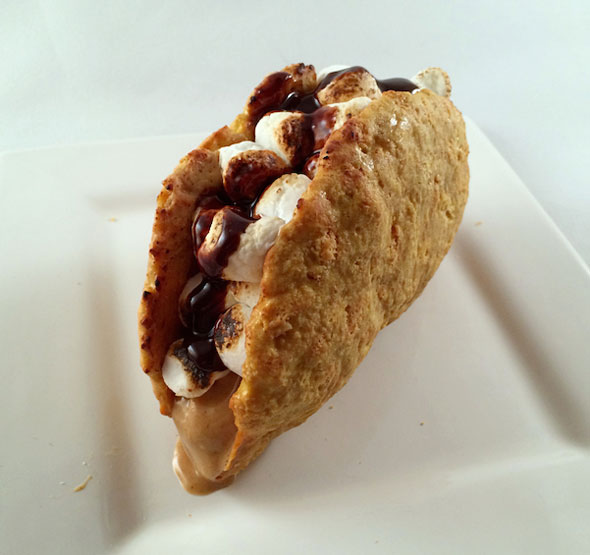 It’s Taco Tuesday and the kids want s’mores. Thanks to the Vulgar Chef, we can now do both.

After experimenting with how to create a graham cracker taco shell that works, chef fills it with the proper s’mores ingredients. Check out the ‘how to,’ explained here as only the Vulgar Chef can. 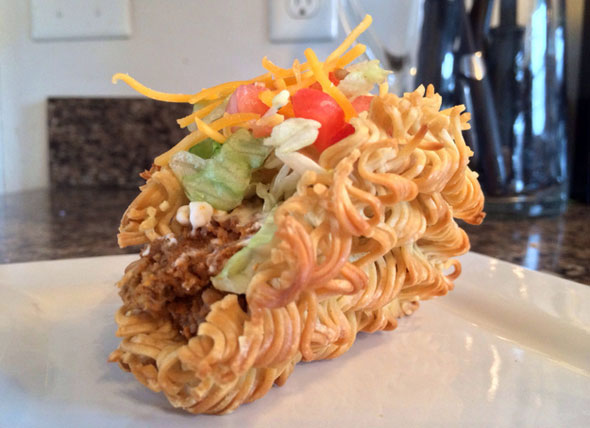 The Ramen Taco is brought to us by The Vulgar Chef. No longer are the instant noodles just reserved for nourishing broke co-eds and acting as a bun on hipster hamburgers.

Making one for yourself appears to be as simple as finding a taco shell form, placing the noodles in and baking them. Invite some hipster co-eds over and have the best taco party ever.