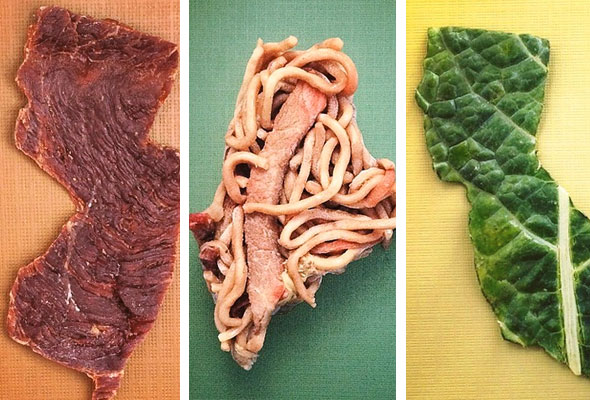 In addition to being the creator of Foodiggity.com, I’m also the father of an eight-year-old. And, when most of the material covered on your site could best be described as ‘juvenile food-related nonsense,’ a curious youngster is gonna wanna get involved.

It began innocently enough with, “Dad… What if you made States, but like, they were made of food, like?” My response was something along the lines of, “That’s been done to death already, son… Go to bed.” Then, the heir to the Foodiggity empire added, “But what if they like had funny names like New Pork or New Jerky, like?” Now, we were on to something.

So, with an idea set forth by an eight year-old, and contributions from Dad and others, we give you The Foodnited States of America. 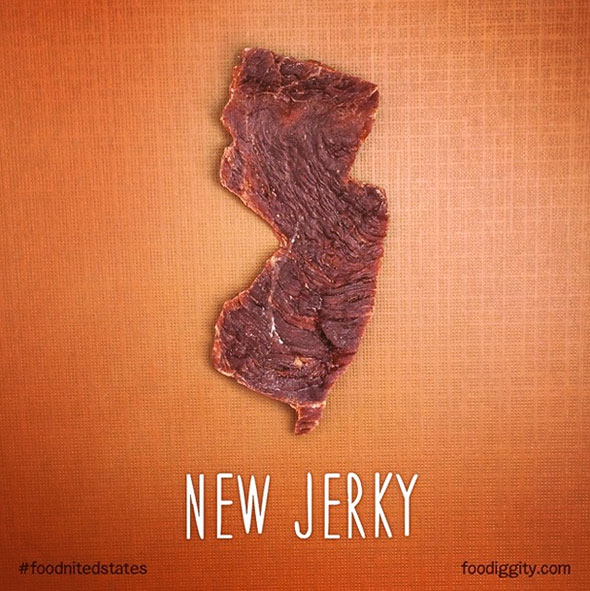 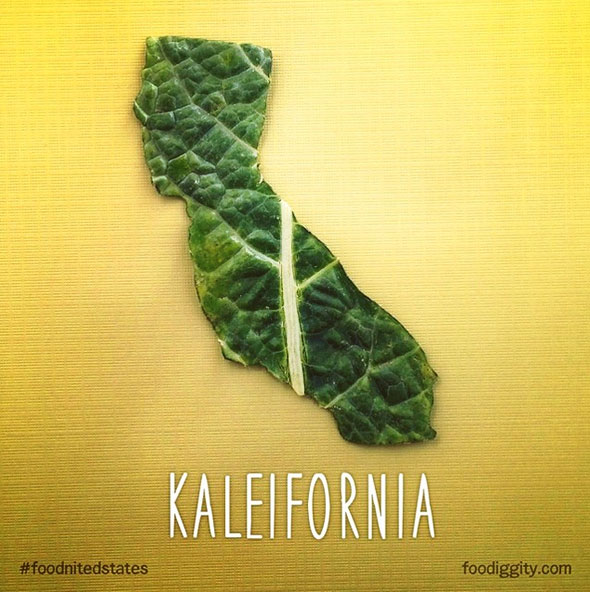 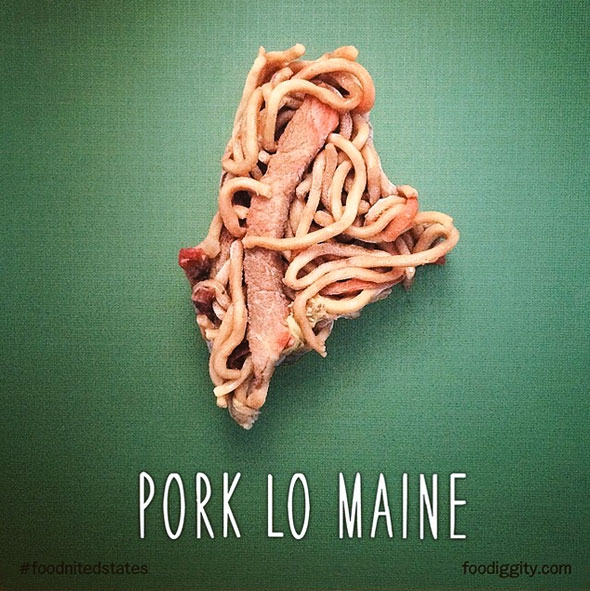 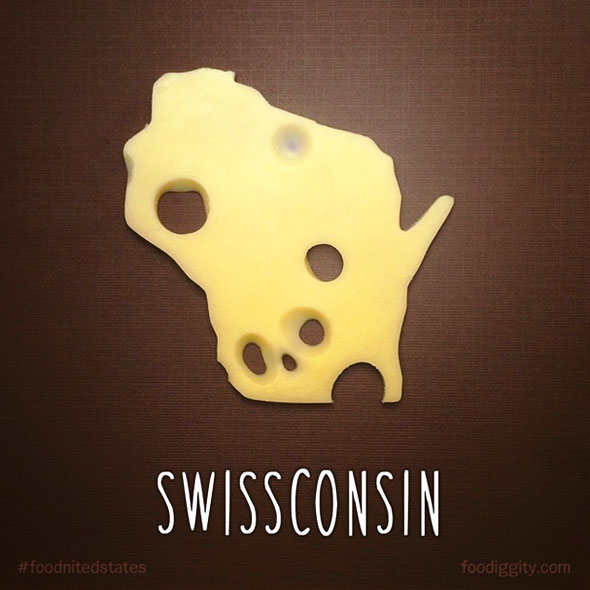 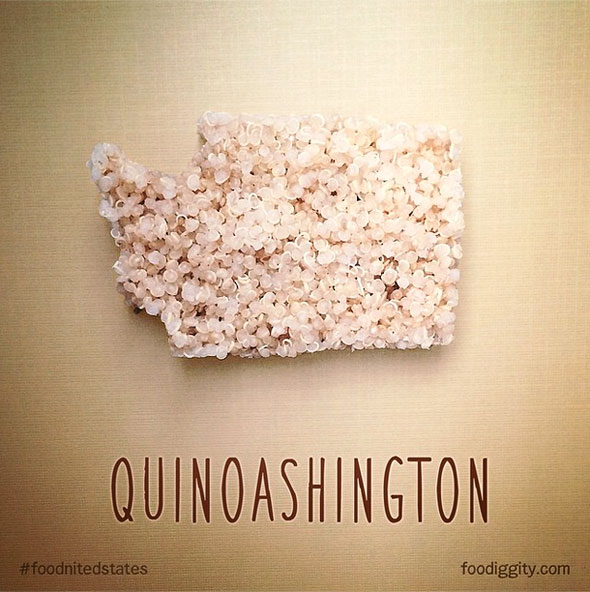 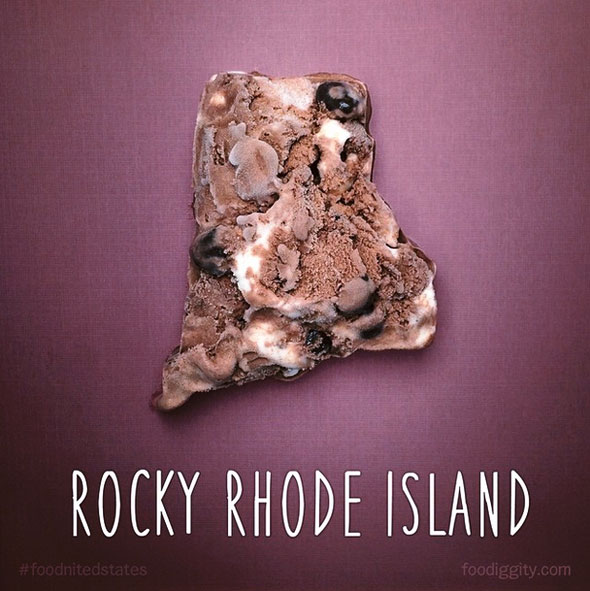