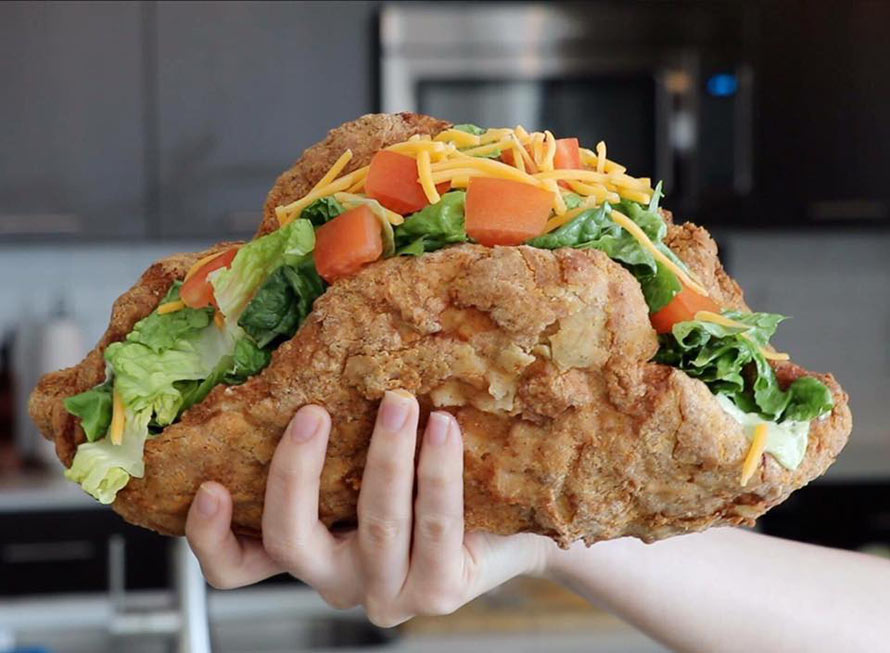 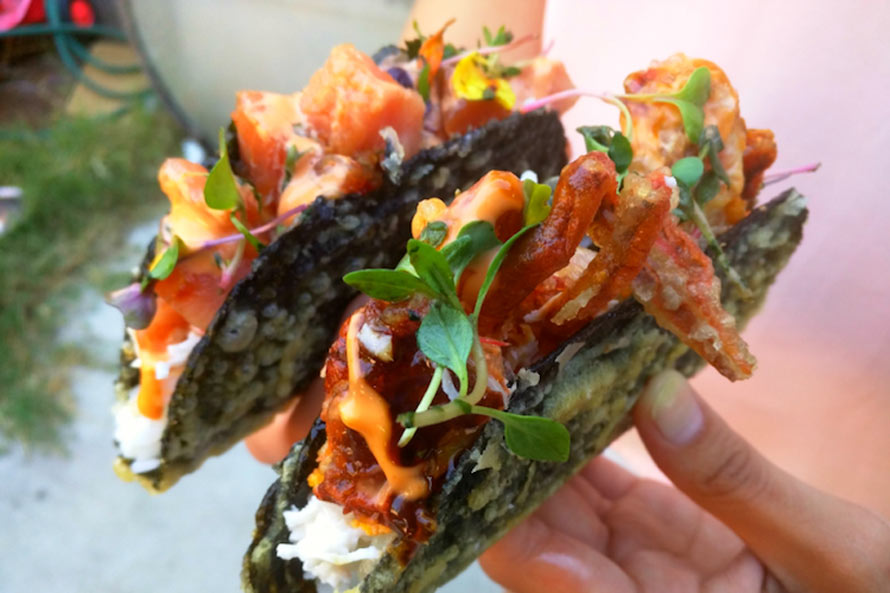 There’s never a shortage of sushi-as-other-things around here. However, quite surprisingly, we have yet to see raw fish and rice in taco-form.

Norigami is here to change all of that, by bringing us the sushi-hybrid that we didn’t know we needed until this very moment. The seaweed ‘roll’ has been converted to taco shell-form with sushi components packed to the rim — as if it were from a legit taco stand.

The Southern California pop-up restaurant hopes to find a permanent brick and mortar shop, with a GoFundMe page to prove it. Check out more sushi tacos below and over at Instagram.

[link, via My Modern Met] 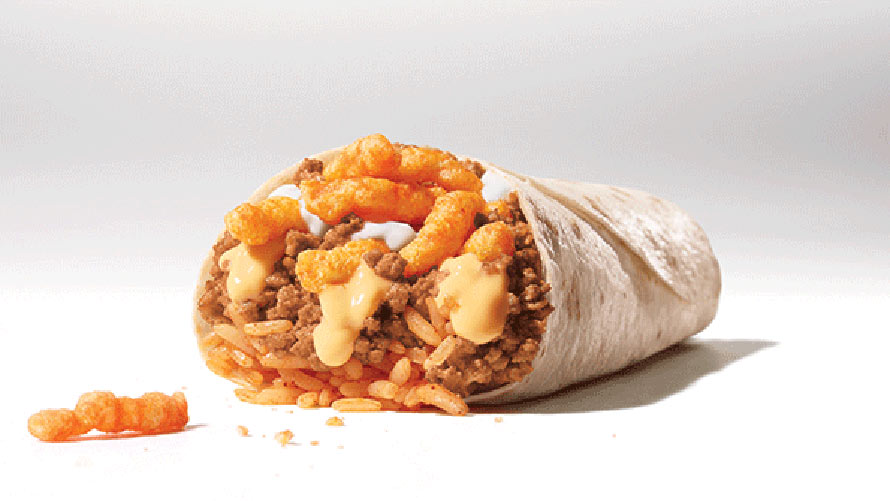 The Cheetos Burrito is your latest reason to run for the border — or to run from it, depending on how you feel about a burrito that’s stuffed with mystery meat, cheese sauce, rice, and several malformed neon-orange snacks. It’ll be test-marketed in Cincinnati beginning in mid-August. 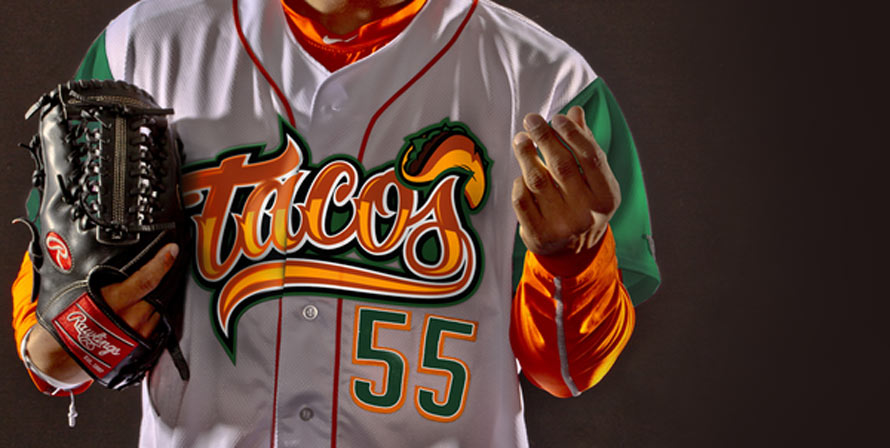 At least for one night, the Fresno Grizzlies will be known as The Fresno Tacos. The Houston Astros affiliate will adopt a name change and sport some certified-awesome taco apparel.

The P.R. move is to help support and promote the Grizzlies’ fifth annual “Taco Truck Throwdown,” where 25 taco trucks will park outside the Grizzlies’ stadium, and are expected to serve over 30,000 tacos.

The event, as well as an actual baseball game, will take place on Aug. 6th, which is sadly not a Tuesday. Get it… Taco Tuesday? Never mind… here’s a taco hat. 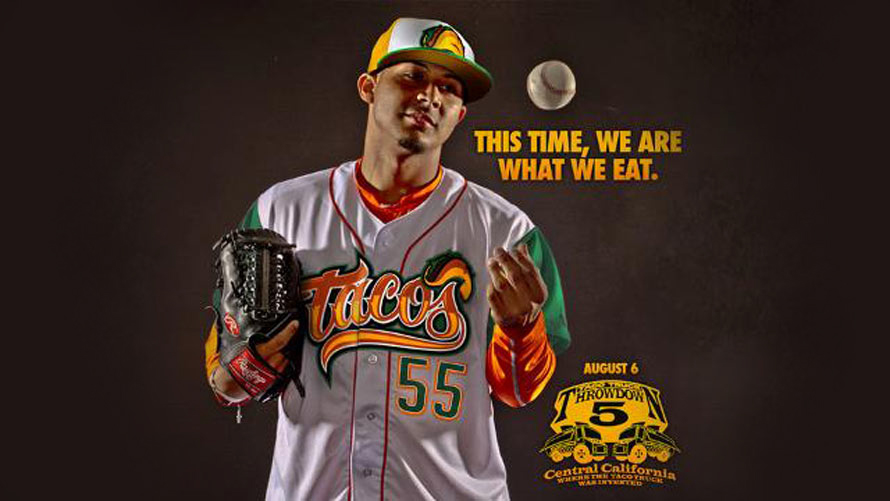 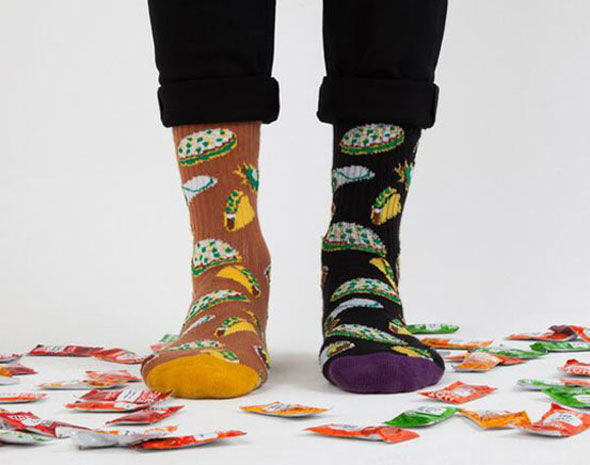 If you’re going to “Run For The Border,” then you’ll need the proper socks to wear under your running shoes. Taco Bell, in collaboration with L.A.-based streetwear brand The Hundreds, brings us Taco Bell Socks.

The taco-laden footwear will surely help you make a fashion statement while you ingest your chalupas. Especially if you wear the matching dress.