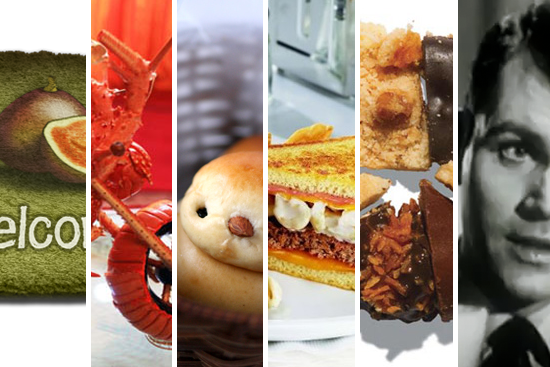 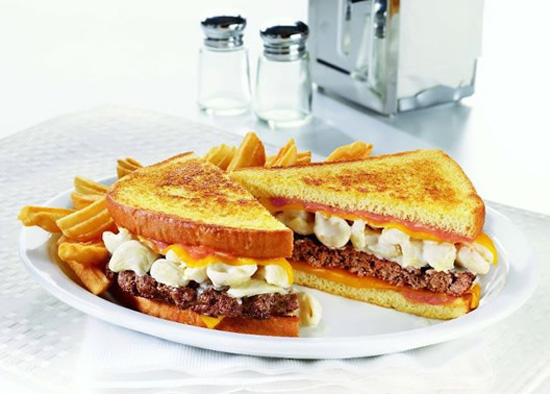 It’s official… Denny’s is trying to kill us all. As if a grilled cheese stuffed with mozzarella sticks wasn’t enough, Denny’s has accepted their own challenge in the ongoing grosser-than-gross contest, with the Mac ‘n Cheese Big Daddy Patty Melt. Try ordering that with a straight face.

Part of a new menu focusing on all things cheesy — Denny’s constructed this monstrosity by topping a burger with Mac ‘n Cheese, melted cheddar cheese and zesty Frisco sauce on grilled potato bread. With fries, you are staring at 1690 calories, and much shame. 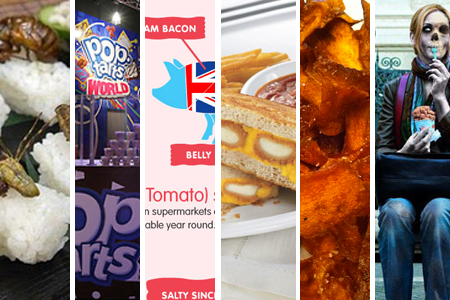 Foodiggity regurgitates the week that was…

Need to turn a grilled cheese sandwich into something horrifying? There’s an app for that.

Denny’s, which for years has taken liberties with what should actually be considered food, has now blurred the lines between appetizer and main course. Their new Fried Cheese Melt is a grilled cheese sandwich embedded with four mozzarella sticks.

Priced at a reasonable $4 — it’s served with french fries (sure, why not?) and a side of marinara sauce.

During this ongoing grosser-than-gross contest that began with the KFC Double Down and appeared to reach its pinnacle with Friendly’s Grilled Cheese Burger Melt — Denny’s latest entry is actually sort of lame.

However for a mere $4 dollars it should be successful, considering its assumed target demographic — broke and stoned college co-eds.