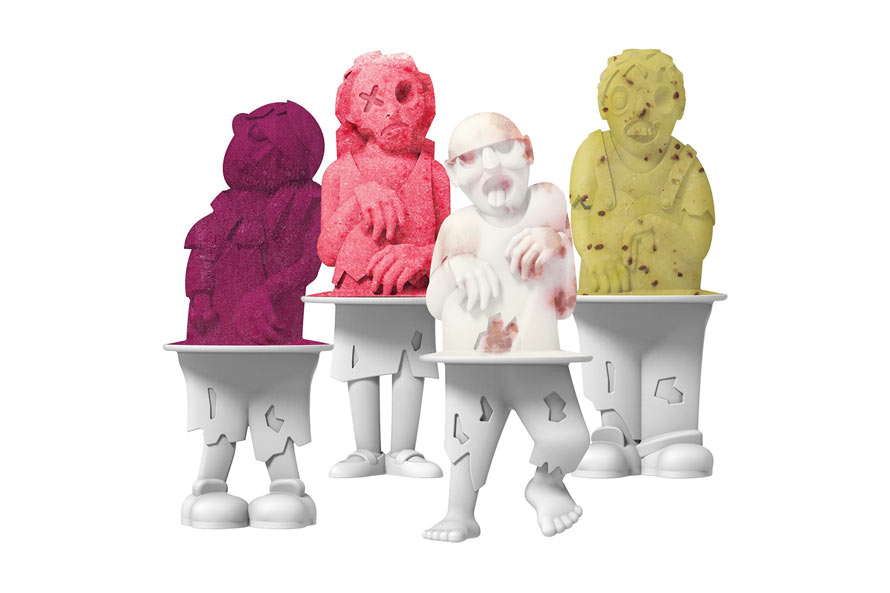 If movies have taught us anything, it’s that zombies prefer their brains warm. So, how ironic that eating a few zombies may protect your noggin?

Zombie Ice Pop Molds are here in time for the apocalypse, ready to give you that protective brain freeze if you eat yours fast enough. Go for their heads first… the movies said so. 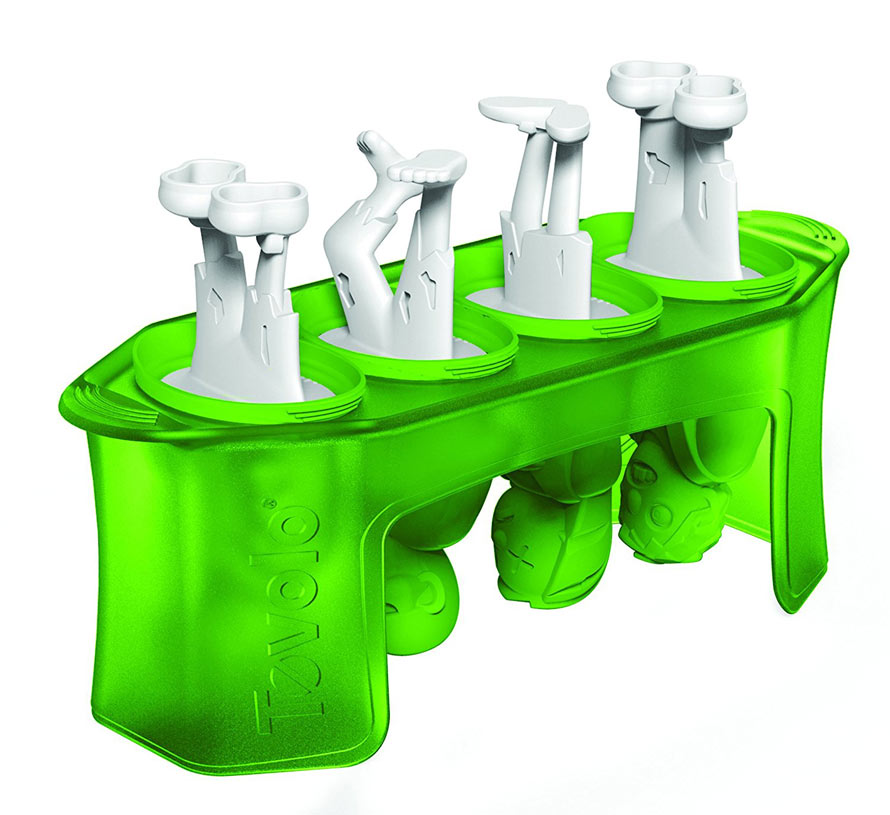 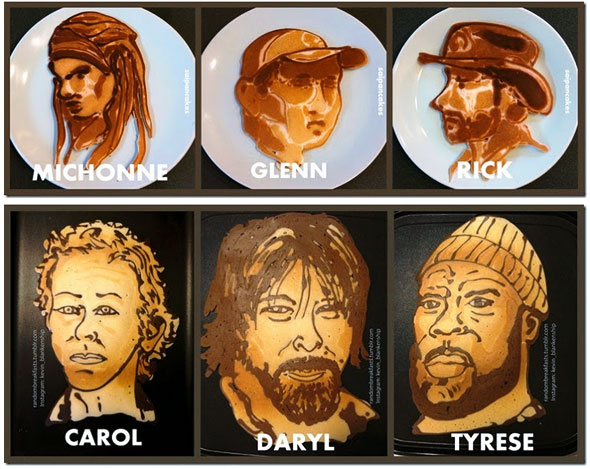 Since we recently featured Zombie Pancakes, Nathan of Saipancakes returns with the breakfast that’ll bash their brains in.

Walking Dead Pancakes represent our favorite protagonists from the show. Grab the syrup and enjoy a Rick flapjack, or tear into a Daryl. 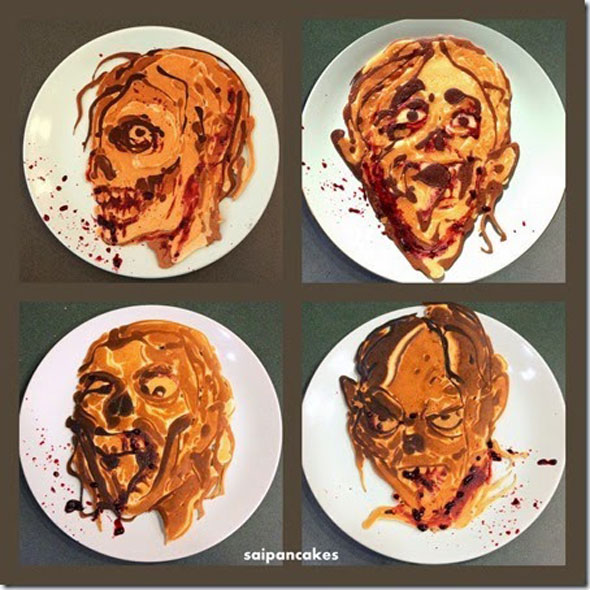 Nathan of Saipancakes is always making awesome pancakes for his kids. Now, it’s time for some breakfast for dad.

Zombie Pancakes are works of art on a plate. Soon to be covered in butter and syrup and devoured like a plate of yummy braaaains. 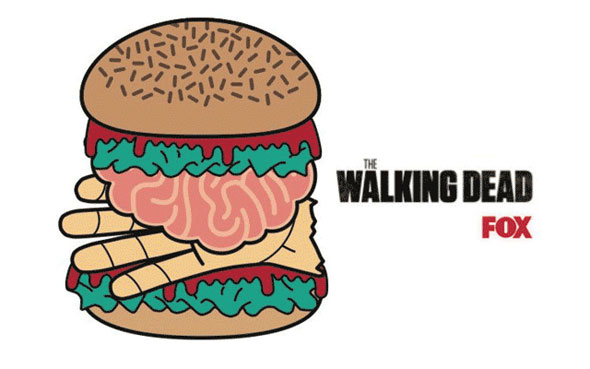 To help celebrate the upcoming premiere of The Walking Dead, and to give an idea of what human flesh tastes like, Miss Cakehead and London Mess have teamed up to bring us Human Burgers.

The meat mix — consisting of veal, beef, pork, chicken liver and bone marrow — was inspired by the town of Terminus and its implied cannibalistic residents.

The recipe was constructed using descriptions of the taste of human by author William Seabrook — who experimented with cannibalism in West Africa. 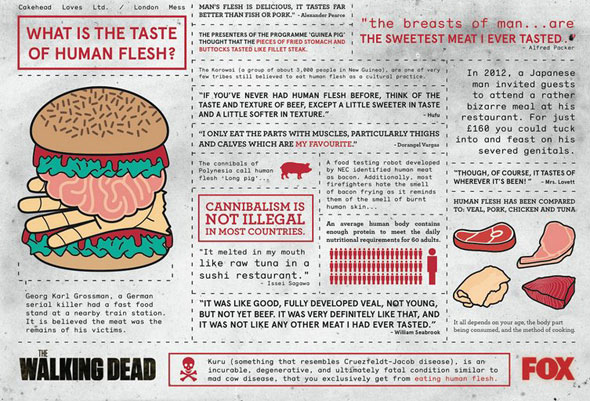 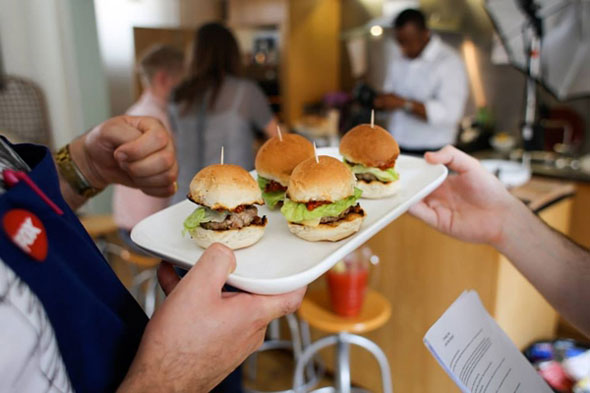 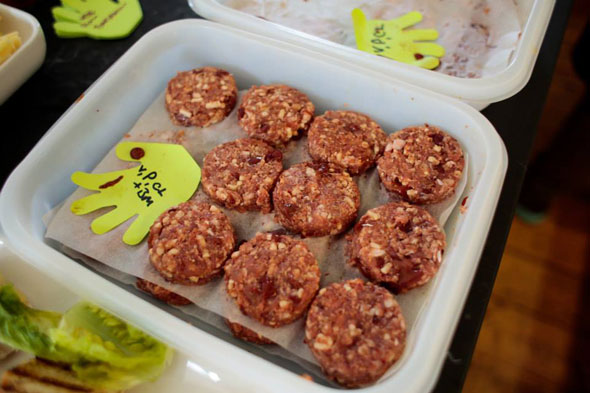 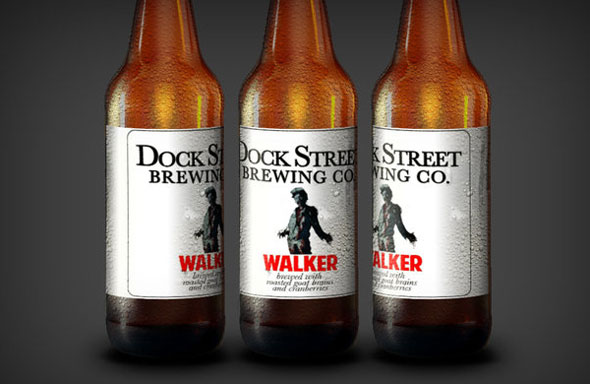 If you’re a fan of zombies and The Walking Dead, or you just like to drink sick sh*t… Then we have a beer just for you.

Dock Street Walker is an upcoming beer by Philadelphia-based, Dock Street Brewery Co., that’ll attempt to pay homage to the reigning king of zombie shows. Dock Street even takes their fandom a bit further — scratch that — a few miles further, by using actual brains in the brewing process.

The Pale American Stout is 7.2% ABV and brewed using organic cranberries and smoked goat brains. So, no worries, there are no human brains involved in the making of this beer. None inside the beer either.

[link, via Gizmodo and FoodBeast]