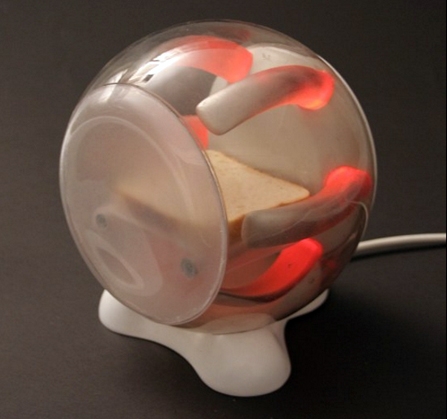 ROASTIE is an unconventional toaster. Transparent sphere shielding the user from temperature allowes for constant supervising of your toasted bread. The heaters are immersed in the arms, which turn around the toast inside the sphere. Because of that the loaf is being toasted evenly and doesn’t become singed. Arms are shielded with a mirror finish, so that the produced heat concentrate in the middle. The control panel is projected on the front side.

Wonderful. But the question that needs to be asked… Will Roastie have the same effect as a conventional toaster when dropped in the bathtub?