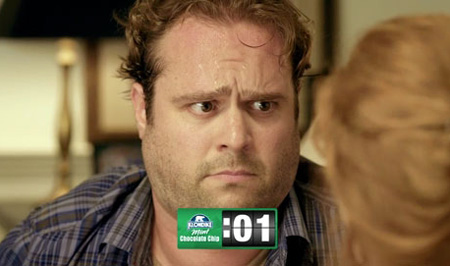 In what will surely find favor with their married female demographic, Klondike has rolled out a new campaign called ‘5 Seconds To Glory‘. Created to reinforce the company’s long-standing “What would you do for a Klondike Bar?” campaign, men are asked to endure seemingly horrible things, such as giving their wife five seconds of undivided attention. The reward… said ice cream, confetti, balloons — and to drive the point home further — dancing hot chicks.

And just in case Klondike’s gay demographic was feeling left out, a second spot has two men enduring the horror of holding hands for five seconds. So in closing, Klondike Bars are now for manly homophobic men who hate their wives. Oh and kids… kids love those things.