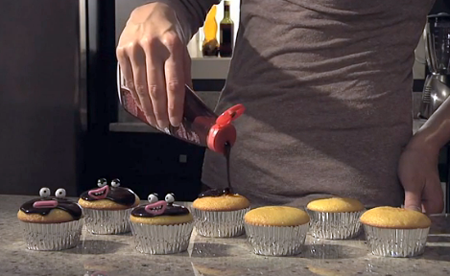 Cupcakes, the hottest trend of 2010, may have finally began their unceremonious decline. And, they seem to have found the best way to fall out of the public’s good graces — by getting entangled in a little racial controversy. 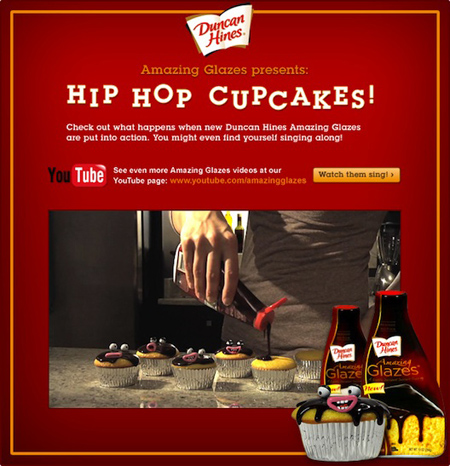 Duncan Hines recently produced a commercial for their new Amazing Glazes, featuring what they’ve called ‘Hip Hop’ cupcakes. It starts off innocent enough — then the dark glaze is added, and faces appear. But it is when the cupcakes begin to beat box that Duncan Hines’ phone lines light up, and the wrath of internet commenters begin.

Although the controversy seems to start by implying that these cupcakes are ‘Hip Hop’, the actual music is nothing more than a series of bad 99-cent ringtones. Perhaps the producers of the commercial are not racist, as much as they are painfully unhip.

Duncan Hines has since pulled the questionable video from YouTube, but it can still be seen over at Eater. We suggest watching it on mute while you judge for yourself.