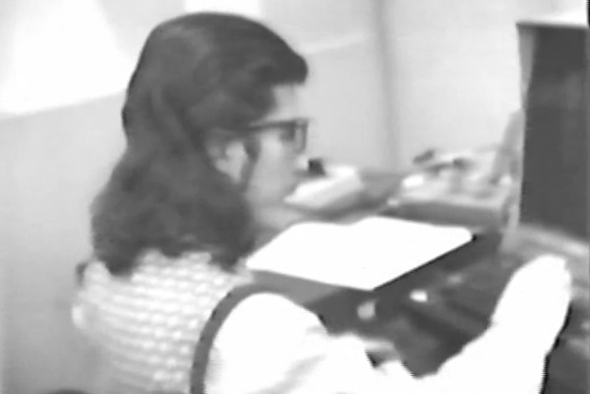 Even in 1974, our laziness and yearning for pizza knew no bounds. So, for the first “high-tech sociolinguistic experiment” of its kind, computer scientists Jerome (J.J.) Jackson and John Eulenberg of Michigan State University’s Artificial Intelligence Laboratory developed a system for ordering a pizza with a computer.

Using type-to-speech conversion, a phone hooked up to an old-school modem attempted its first order with Domino’s. Lucky for our scientists, Domino’s lost patience for the robot voice and long awkward pauses, and hung up. Eventually, Mr. Mike’s Pizza took the order for a 16″ pie with mushrooms, pepperoni, ham, and sausage. Success!!