Joël Penkman is a fine artist and graphic designer, originally from New Zealand. After graduating from Fine Arts at Canterbury University, Christchurch in 2003, Joël moved to the United Kingdom, where she has enjoyed a successful career as a freelance designer.

Besides her work as a commercial artist, Joël shows her love of simple, everyday objects in her paintings. Seemingly inspired by the work of Wayne Thiebaud, Joël’s subjects reflect her fascination with sweets and traditional British food. But be forewarned, besides the standard cream biscuits and jam tarts, we do receive the occasional Spam. 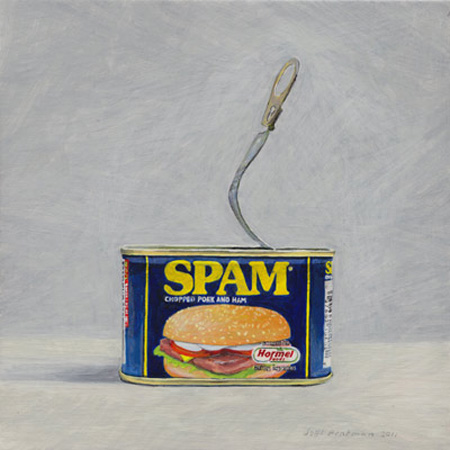 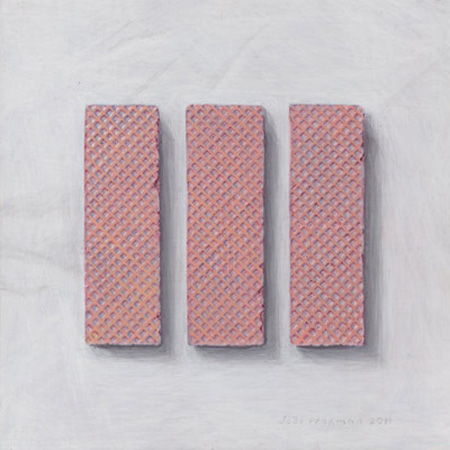 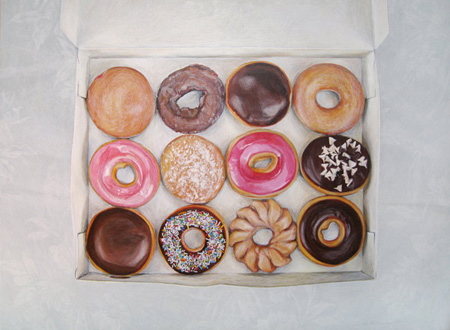