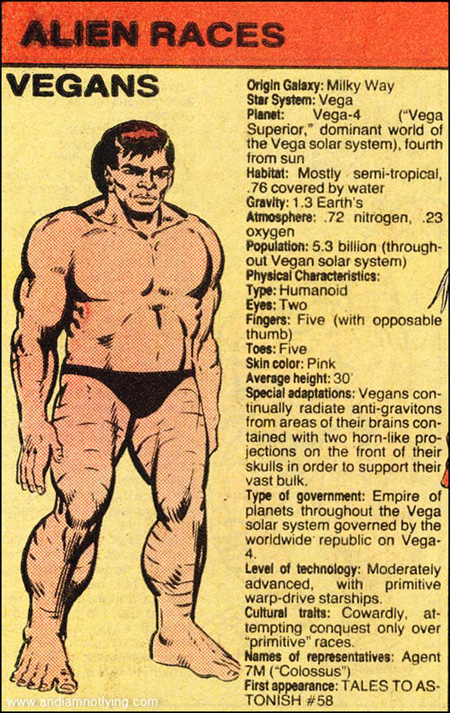 As already suspected, Vegans are a cowardly species with horn-like protrusions in their foreheads. What is only a small surprise is that they also emit anti-gravitons in order to support their own awkwardness.

Essential Official Handbook of the Marvel Universe (Vol. 1, No. 11) proves that the race hails from Vega (duh), is over 30-feet tall, and actually have opposable thumbs to better grip their tofu.

Besides being made of food, cows have been known to lend themselves to a number of other useful products. According to this cartoon, cattle is omnipresent and available in almost any product that you can think of — from anti-aging cream to fireworks.

The cartoon attempts to debunk the concept of a vegan, implying that there is no escape from the cow. Of course vegans are outraged, and have responded as only a self-righteous vegan could.