First, there was an all-black burger. Black begat red. Now, KFC China is here to raise the bar on ill-advised burger buns with a pink chicken sandwich.

The Rose Cheese Roasted Chicken Burger was recently introduced, along with another ubiquitous black burger, and is here to seriously mess with your rods and cones. Hopefully the chicken doesn’t turn out pink too. 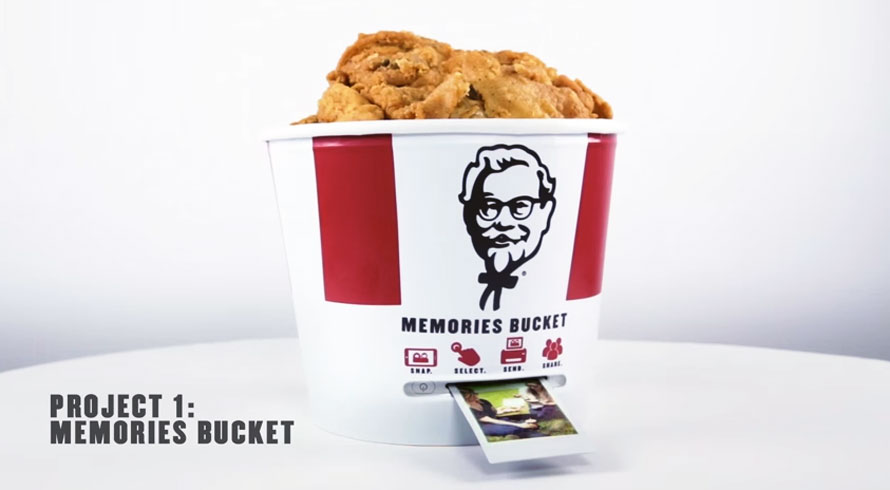 We’ve all been there… We’re going to town on a whole bucket o’ chicken, and we’d like to capture this moment for posterity.

The Memories Bucket is here to help. As part of their 60th Anniversary in Canada, KFC has created the bucket printer to capture those fleeting greasy moments.

Chicken-eating historians can take a picture with their smartphones and, via Bluetooth, have a Polaroid-type photo released from the bucket. Please wipe off your hands before handling your photos. 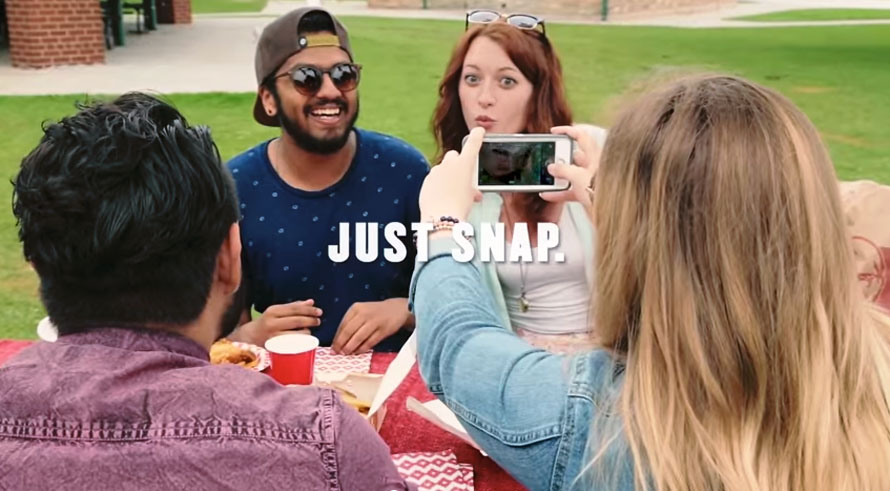 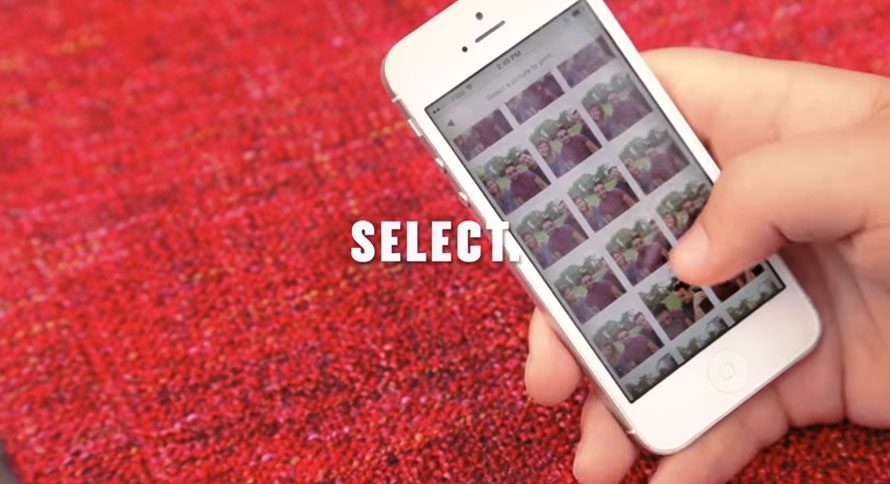 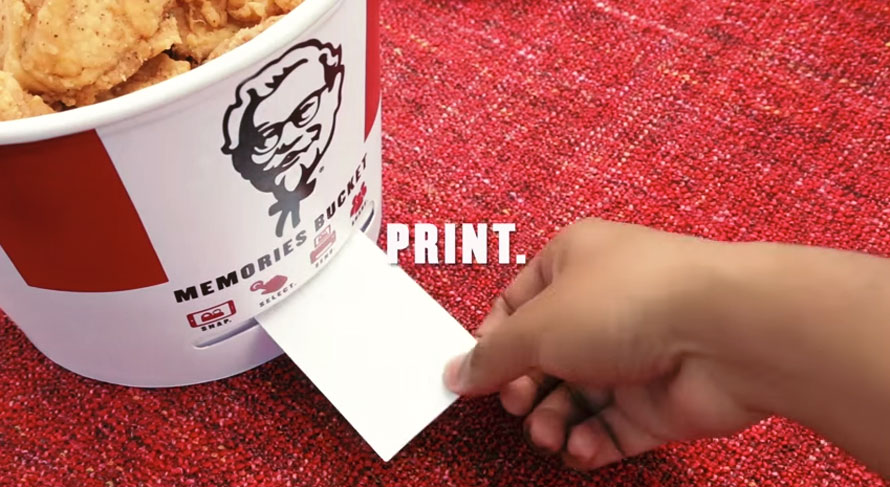 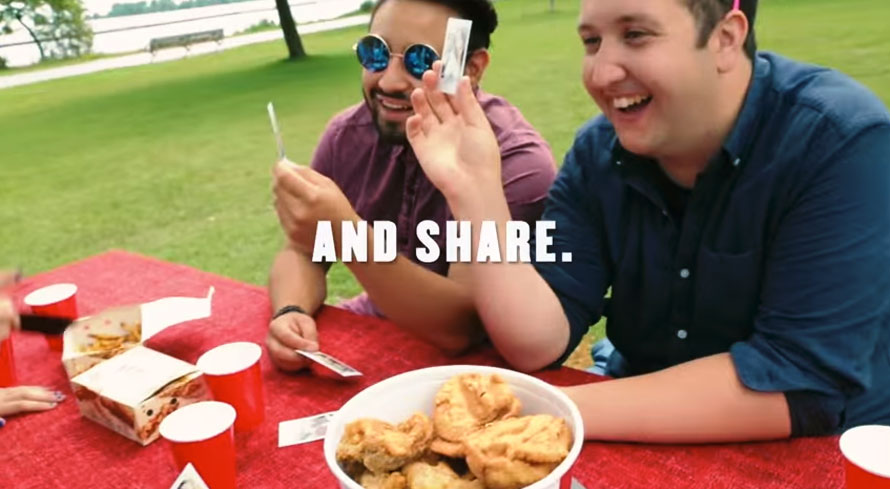 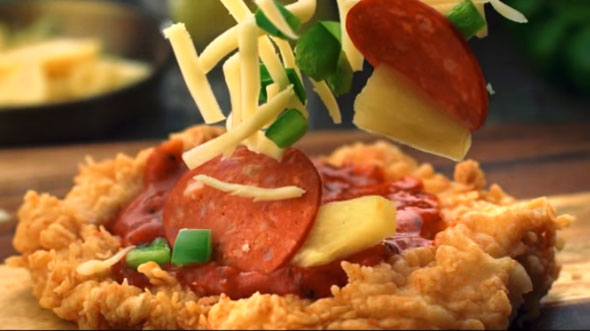 Not to be outdone, by themselves, KFC is back with another horrifying fried chicken/pizza hybrid.

The KFChizza is brought to us by KFC Philippines, and it’s as frightening as the name implies. A giant chicken tender covered in an array of pizza toppings. The guy in the video says so… I assume. 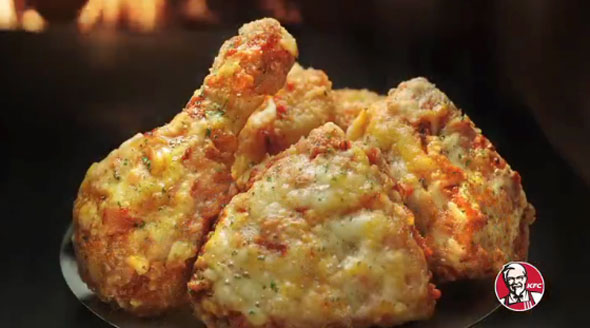 Pizza and fried chicken can be wonderful. As long as they’re consumed at different times with at least a few days in-between. KFC Hong Kong has no time to wait for your separate fried chicken and pizza nights. 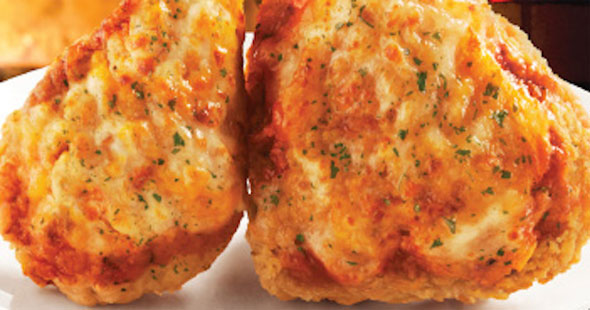 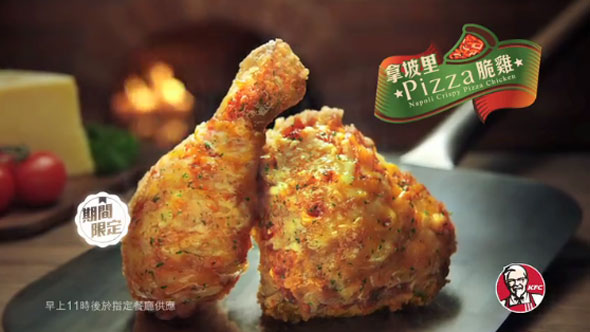 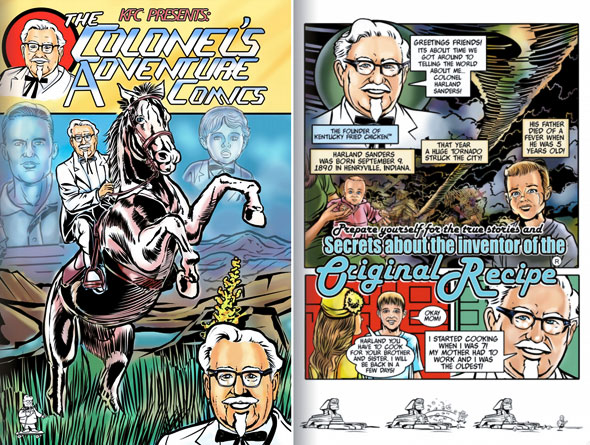 If you’re really into fried chicken, then perhaps you already fancy Colonel Sanders some type of superhero. Now, the KFC founder and mascot is actually immortalized in comic book form, with The Colonel’s Adventure Comics.

The graphic novel, rather than having The Colonel thwarting evil bad guys that promote healthy eating, is actually an origin story of the man behind the bucket o’ chicken.

Hard copies of The Colonel’s Adventure Comics will be made available to this year’s Comic-Con attendees in San Diego. Others who love origin stories, can keep watching Spider-Man reboots, or check out a digital copy of KFC’s comic here. 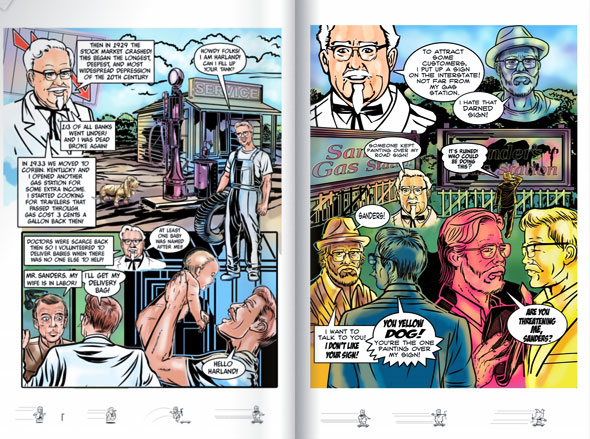 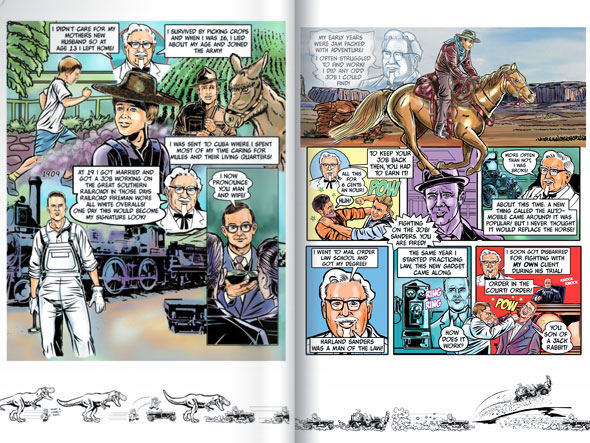