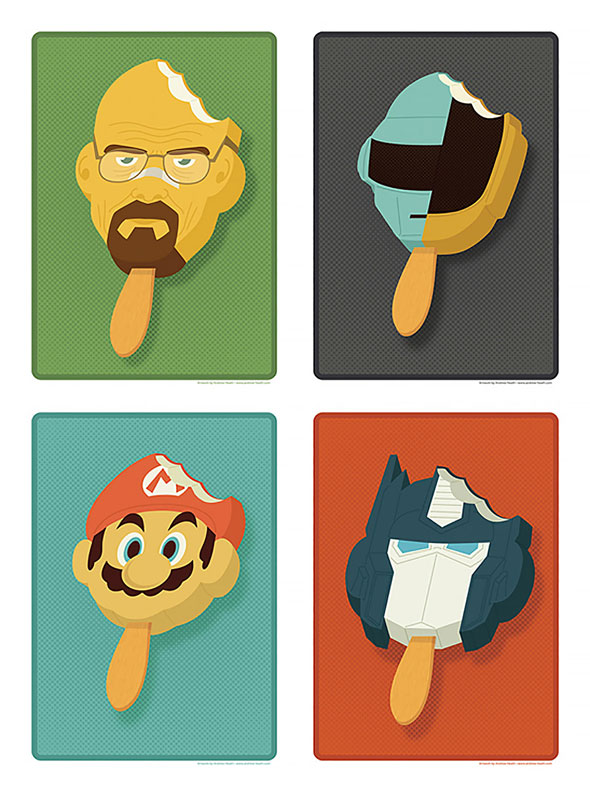 Take a big bite of some pop culture, with this illustration series by artist Andrew Heath. Pop Culture Popsicles is made up of 50 pop culture icons, deliciously rendered as popsicles.

Prints of each frozen head will be available to purchase at the 2014 Lexington Comic & Toy Con. 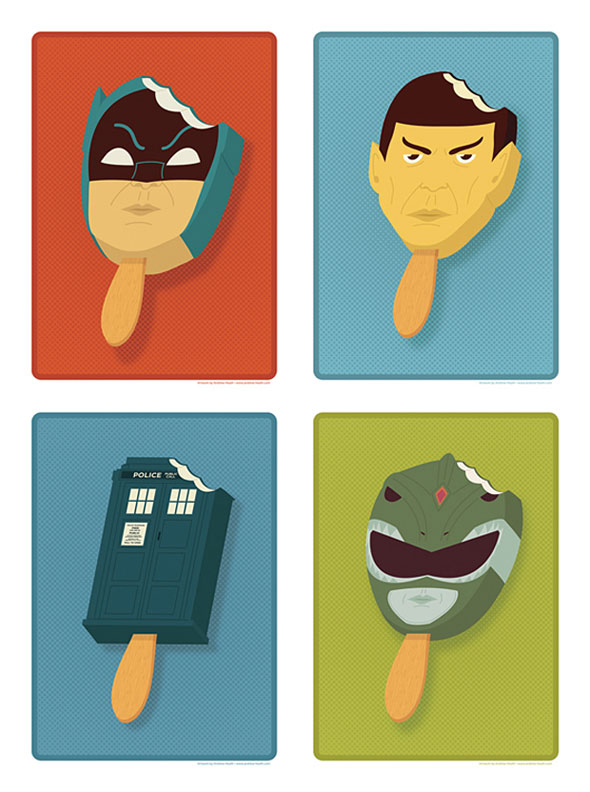 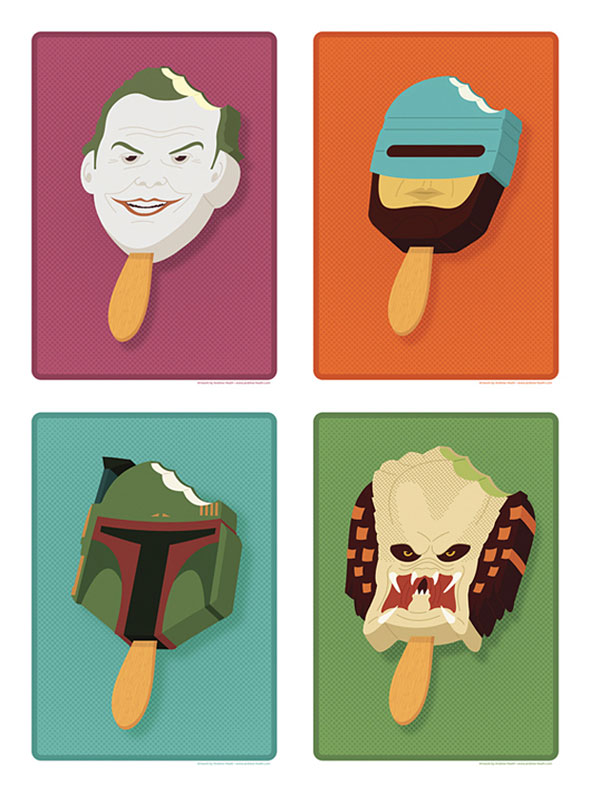 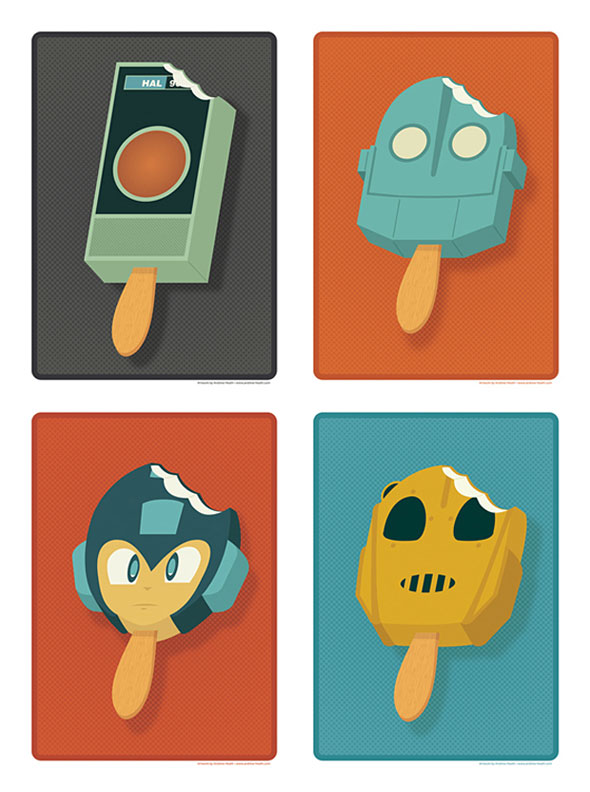 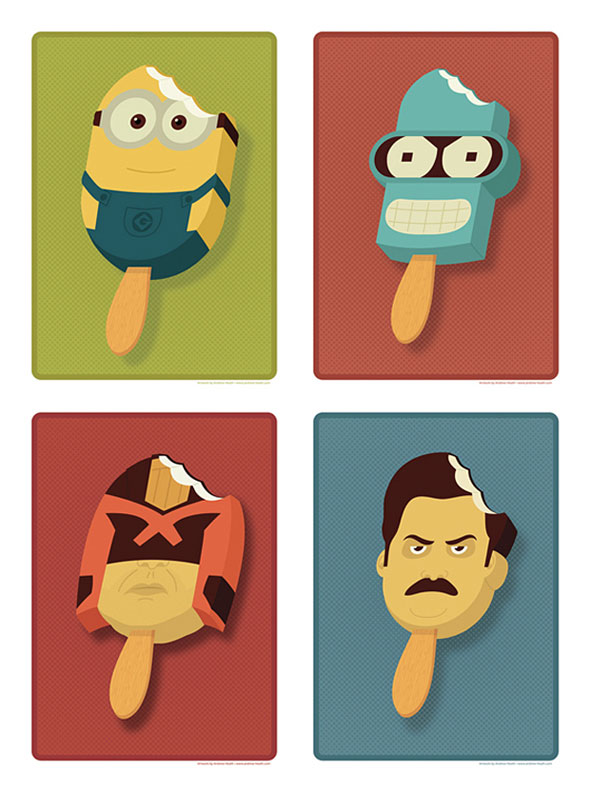 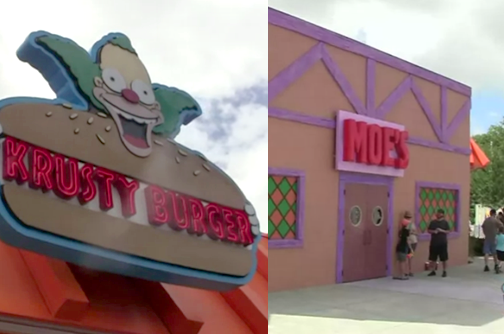 As Universal Studios gets ready to unleash Simpsons Land on the general public, a few Springfield hot spots are already open for business.

Actual humans can head down the newly opened Fast Food Boulevard, where they could enjoy a Ribwich from Krusty Burger or a Duff from Moe’s Tavern. Unless you’re a Fudd man — those are at Disney World.

You can also check out Cletus’ Chicken Shack, the Frying Dutchman, Luigi’s Pizza, and Lard Lad’s donuts. Please watch this… 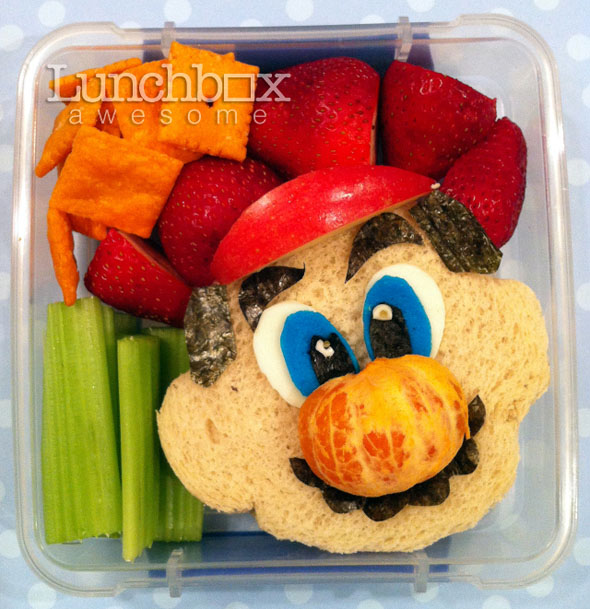 If we know anything about kids, it’s that they enjoy nothing more than having their lunch staring back at them. Especially when the food is crafted to resemble their favorite pop culture character. Luckily, Heather Sitarzewski of LunchboxAwesome has put together a collection of such bentos.

The series began as a way for Heather to provide a fun lunch for her son, while exercising her own creative side. And, while unintentional, it also helped to make the other kids’ lunches appear that much more boring. 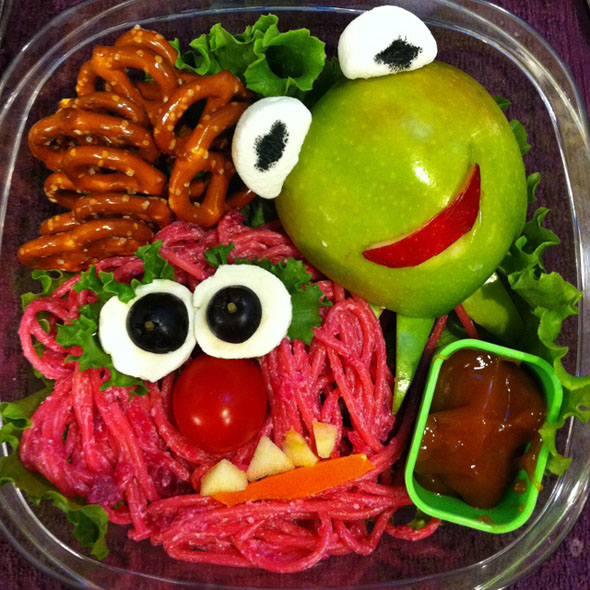 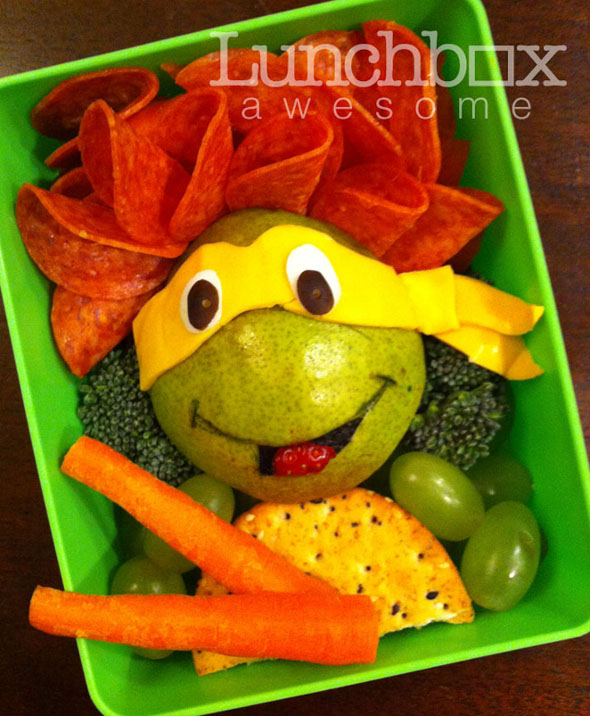 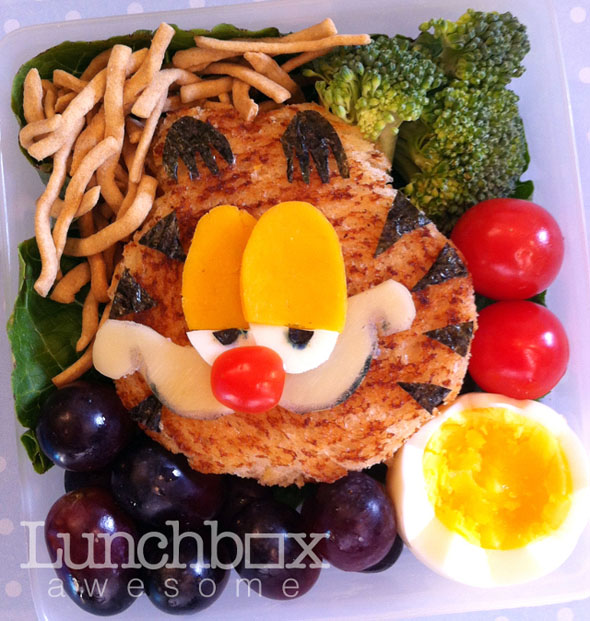 Cereal monsters, unlike the classic horror film characters that they’re based on, are anything but scary. And instead of classic films, the mascots with adorably punny names were relegated to shilling for General Mills during Saturday morning cartoon commercials.

But what some may not realize, is that there has been five monster-themed cereals, spanning over four decades. Some were successful, and remain in cereal aisles to this day, and some were Fruit Brute. Foodiggity investigates the backstory behind each monster cereal, why Franken Berry and Count Chocula rule, Boo Berry’s unexplainable success as a blue food item, and the failure of two oft-forgotten additions to the line-up.