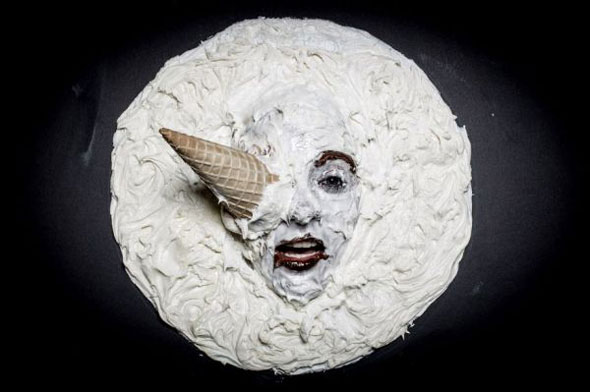 If you’ve never seen Le Voyage Dans la Lune (A Trip to the Moon), it’s probably because it was a movie made well over one-hundred years ago, and contains no superheroes or hobbits.

Either way, to pay homage to the film and the anniversary of the actual first moon landing, Henry Hargreaves recreated the iconic last scene of Le Voyage in cake frosting.

With the help of frosting model Amirah Kassem from Flour Shop, Hargreaves brings us the moon landing scene via animated gif, which matches the choppy pace of the movie perfectly.