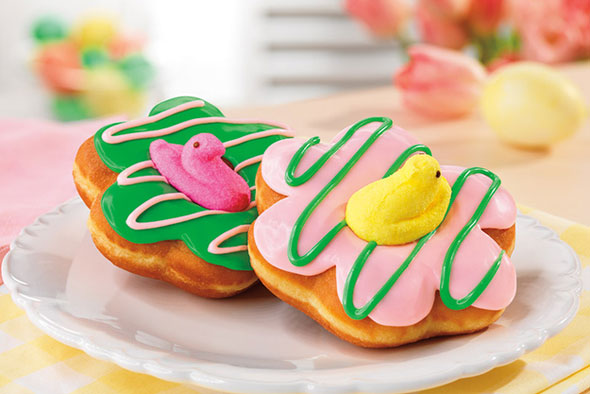 Peeps season is upon us. And, if you happen to run on Dunkin’, a cute little Peep could be staring back at you while you ingest your morning coffee and donuts.

Dunkin’ Donuts will release two varieties of Peeps Donuts, just in time for Easter. One with a standard-issue yellow Peep, pink frosting, and green stripes — the other with a pink peep, green icing, and pink stripes.

Even though they were given an official release date of March 31st, the Peep-laden donuts have already been spotted on DD shelves. And, it looks as much like a psychedelic chicken coop as you’d expect.

[via Buzzfeed and Gleen]