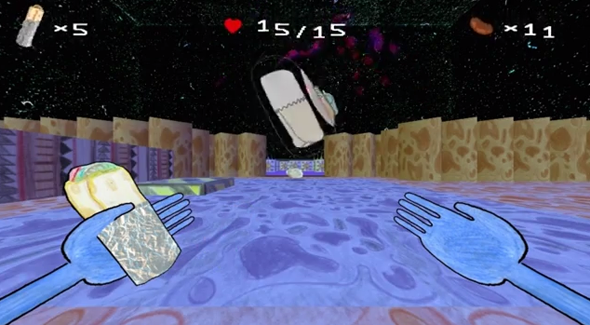 Burrito Galaxy may have antiquated gameplay and subpar graphics… But it revolves around burritos and chimichangas, so it’s already in contention for game of the year.*

In the old-school first person shooter, you’re the mexican food-wielding Guac — the first female Bean Commander. Bad guys can be thwarted with your burrito, taquito, or other Mexican fare. Quarters up… A prototype version can be played here.

*according to the games department of foodiggity.com.†

†the foodiggity.com games department may or may not exist.