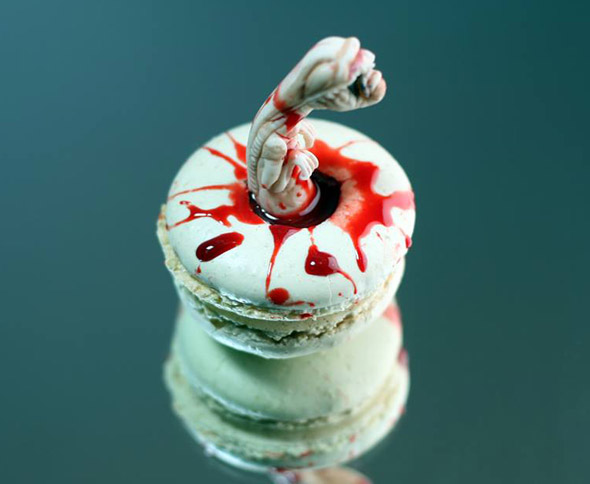 Remember the scene in Alien, when dinner starts out innocently enough — until Kane starts violently convulsing and an alien pops out of his chest and creates a bloody mess? Well, now it’s a yummy dessert.

Brought to us by UK-based Lou Lou P’s Delights, the Alien Chestburster Macaron is part of an Alien-inspired series. All of which may ruin dinner, but will certainly make up for it during dessert. 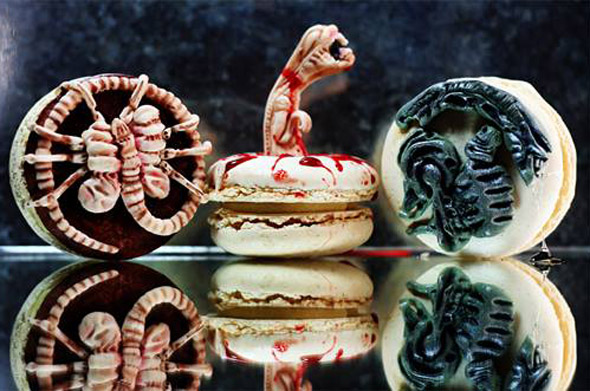