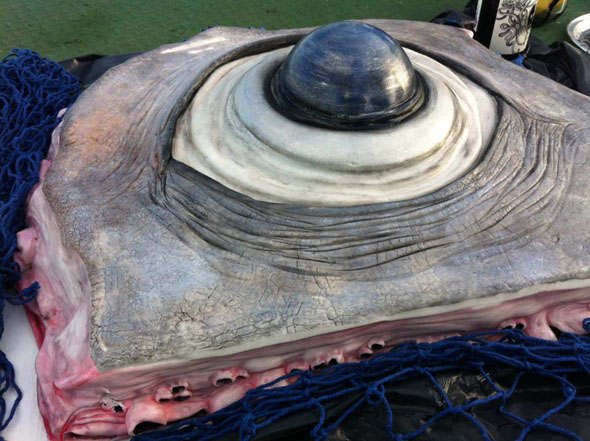 We recently reported on the remnants of a kraken that washed ashore in the UK. To investigate this mysterious beast further, Miss Cakehead teamed up with Kraken Rum again, for the Kraken Rum Edible Autopsy.

Aboard the Kraken Hunting sea vessel X-Pilot, various parts of the sea beast were brought aboard — all edible, and ready to be investigated and ingested. The goodies included a giant kraken eye cake filled with rum, Kraken cysts (black pickled onions), eye pupils (black eggs), and a kraken mouth with over 200 teeth made from white chocolate. 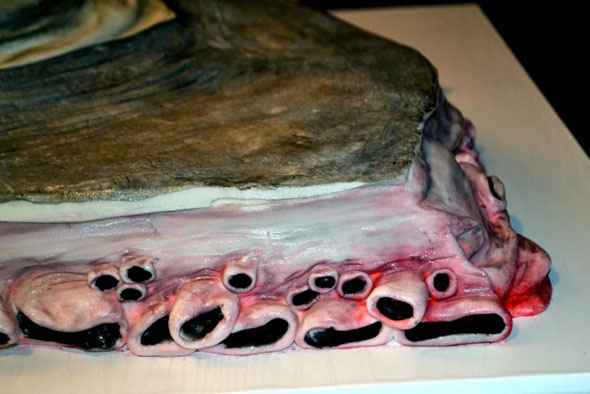 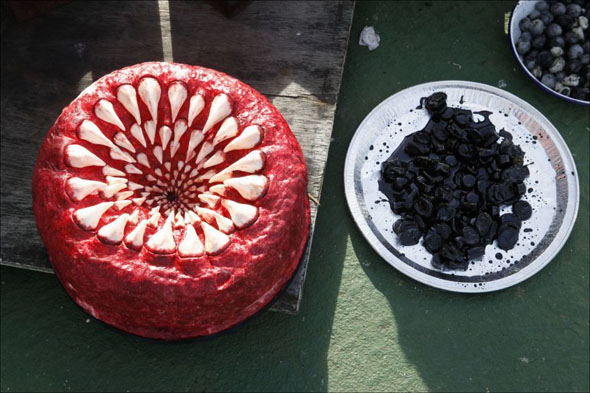 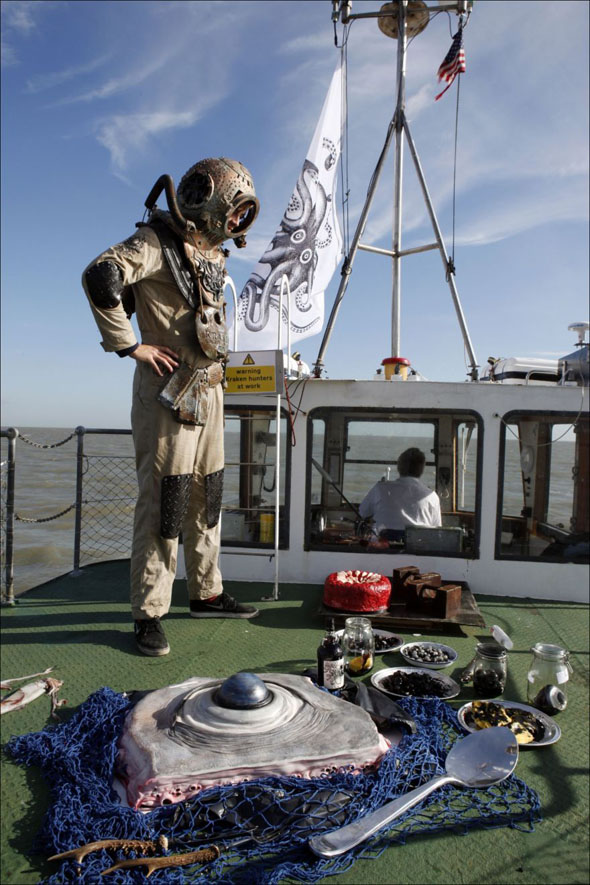 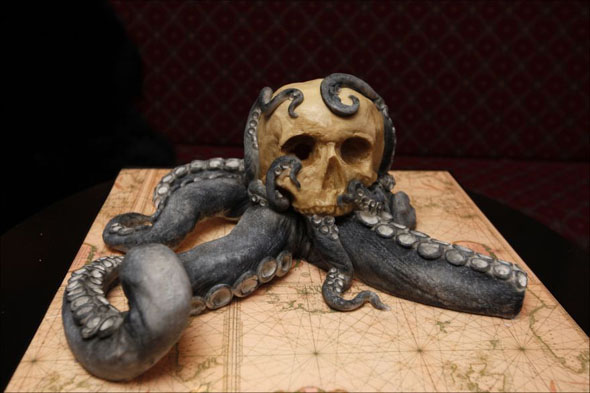