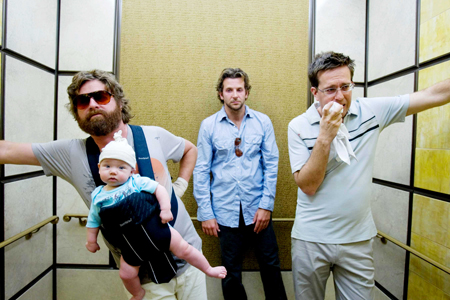 It has happened to the best of us. A night out with friends gets a little out of hand and you wake up face down, missing a tooth, and there’s a jungle cat in the bathroom.

The inevitable question becomes “What the hell did I do last night?” By this time it does not matter—what’s done is done. It is now the morning after, your body has turned against you and it’s time to take action. Foodiggity is here to help.

Foodiggity’s Hangover Hash is here to help you to take back your morning (or afternoon), clear up your headache and nausea, and perhaps even help you find White Doug a little faster.

Keep in mind that quantities will depend on the punishment that you inflicted on your body the night previous, but use a general ratio of 3 parts potatoes, 2 parts chorizo, 1 part onion, and 1 part tomatoes.

Small dice potatoes, chorizo, and onion. Add chorizo to hot skillet, sauté and render out chorizo fat. This translucent, somewhat fluorescent orange liquid is the ticket to salvaging your day. Meanwhile add tomatoes with its liquid to another pan and stew for 10-12 minutes or until most water is removed. Season well with salt and pepper.

Add potatoes to oil, season well with salt and pepper, and sauté until golden brown and tender. If necessary add olive oil if the chorizo grease starts to run low.

Bring potatoes, chorizo, onions, and tomatoes together in pan, toss with chopped parsley and cilantro. Season to taste.

For an added bonus… In a food processor mix some sour cream, cilantro, lime zest, salt and pepper. If you’re feeling up to it, a poached egg will do nicely on top. We do realize that motor skills might be slightly impaired, so scrambled works well too. 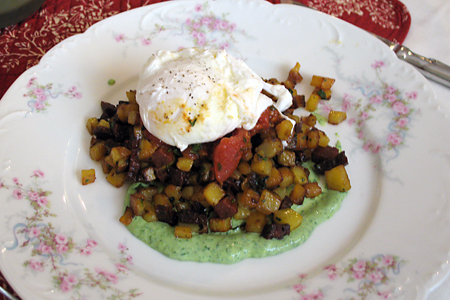 So there you have it. If the term ‘moderation’ does not exist in your lexicon, do not fret… Foodiggity has your back.

Thank you for reading this edition of ‘Power to the People’. Now let’s erase the memory card and forget this ever happened.