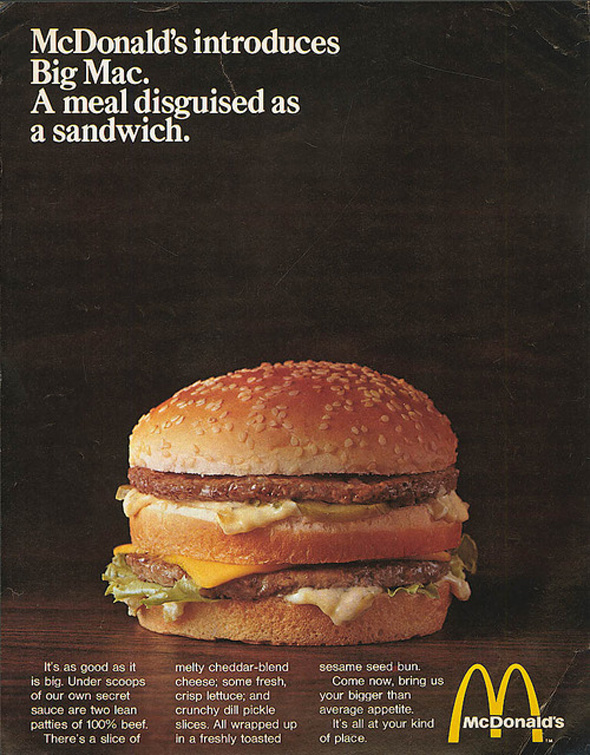 The year was 1969, a time of free love and “special sauce” naivete. And then, along came the McDonald’s Big Mac. Seen here in its first official print advertisement, McDonald’s signature sandwich was originally touted as, “A meal disguised as a sandwich,” inadvertently becoming a ground-breaker for future fast food abominations and other extreme food. In a way it also paved the way for food humor sites that cover such drivel. Thanks, Big Mac!!

[via Design You Trust]