Whether you need to loosen some bolts, or to shovel some food into your pie-hole, the Wrench Cutlery Set is here to help.

Made from functioning steel wrenches, the cutlery set includes two spoons, and a knife and fork for 60 bucks. Now, there’s no excuse to not fix that loose leg on the dinner table. 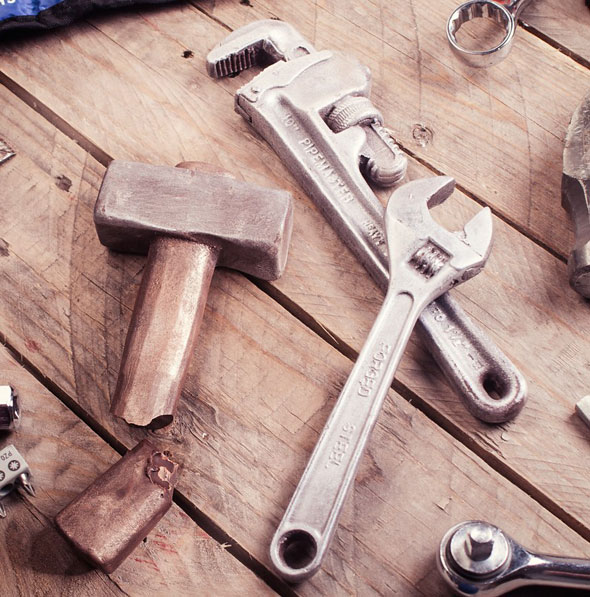 If you know a handyman who also enjoys fancy chocolates [and, who doesn’t?] there’s Chocolate Tools.

Made to look just like a pipe wrench, spanner wrench, and club hammer — the Belgian chocolate tool set would make a great gift, or if you’re a handy chocolate-eater yourself.

Check them out here. 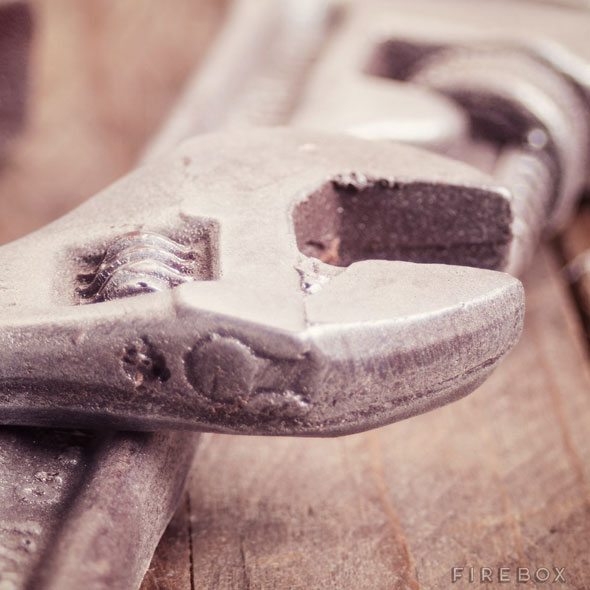 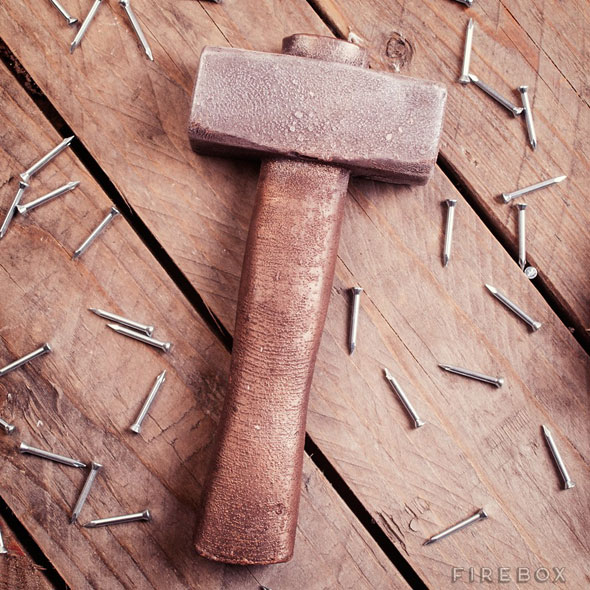 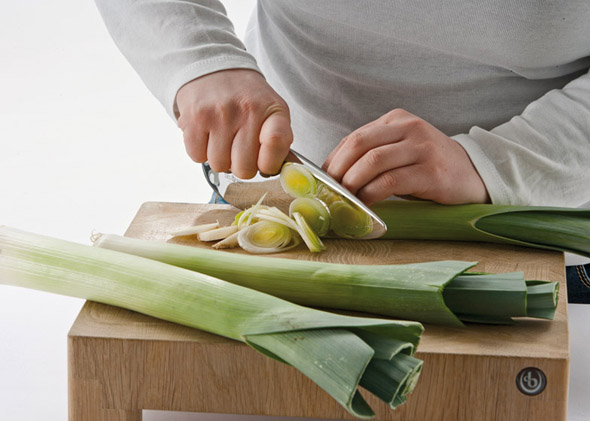 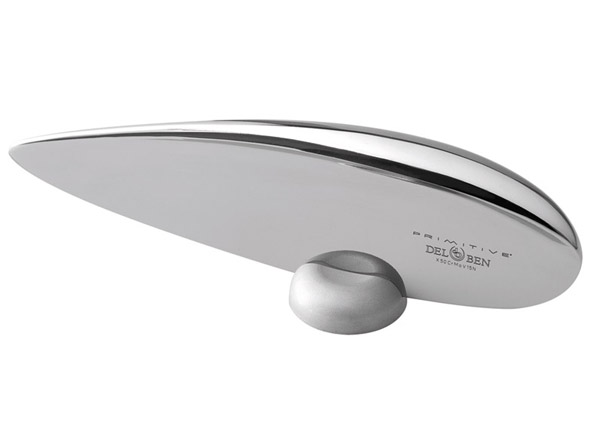 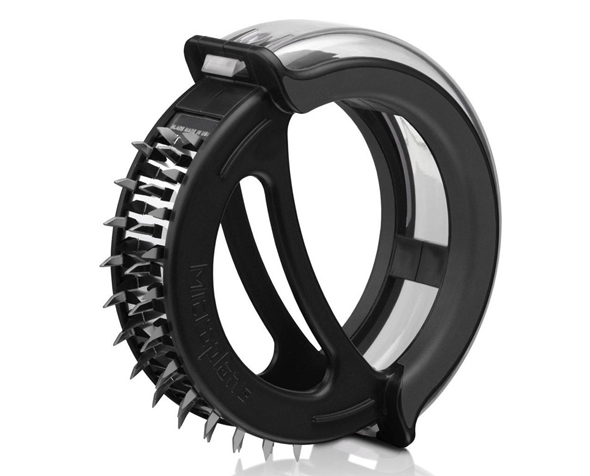 To help tenderize your cuts of meat, or any unruly peasants — the Microplane Rocking Meat Tenderizer is here to help. The razor sharp spikes will effectively and silently soften up your choice cuts, and the mere sight of it should help keep your dinner guests on their best behavior.

Or, if you’re the type who prefers to get out a little aggression with your tenderizing — The Knuckle Pounder Meat Tenderizer will deliver swift justice to any meat that gets out of line.