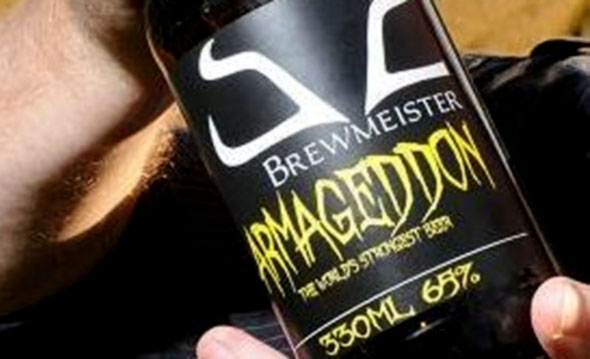 It’s been a while since we updated our ongoing saga of The World’s Strongest Beer — but it now appears as though we have a new overly powerful brew. Armageddon, by Scottish brewer Brewmeister, clocks in at 65% ABV — which if you’re keeping score, is around ten times the ABV of your average beer.

It also surpasses our previous title holder Start of The Future (60% ABV) and the infamous dead squirrel beer, End of History (55% ABV). Not available in liquor stores in the U.S., it is available online.