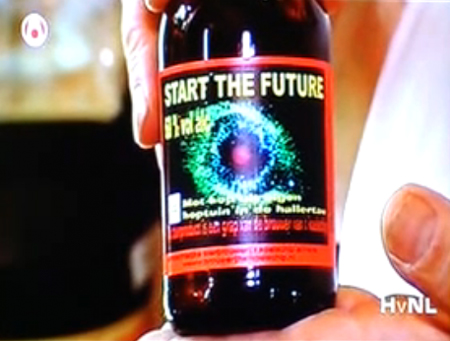 Dutch brewery ‘t Koelschip has created a 60% ABV brew called ‘Start the Future’, ending the week-long reign of BrewDog’s ‘The End of History’ as the World’s Strongest Beer.

BrewDog recently ruffled a few feathers with the release of the now former title holder ‘The End of History’. Besides blurring the lines of what is actually still considered beer, BrewDog added shock value by using dead squirrels as cozies.

Here at foodiggity, we are genuinely horrified by whatever the next entry into this ABV pissing contest will be.