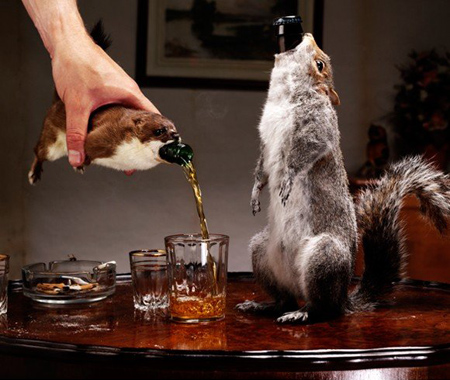 Already the current title holders of the “strongest beer in the world,” BrewDog have outdone themselves with The End of History—a brew of 55 percent alcohol that can only be contained by the pelt of a dead rodent.

Yes, you are seeing this correctly. This is indeed a former squirrel with a beer bottle where its innards once were.

The concept of The End of History is summed up perfectly by James Watt, one of the brewers and resident lunatics at BrewDog:

“The impact of The End of History is a perfect conceptual marriage between taxidermy, art and craft brewing.”

A window inside the madness can be seen in this video. But we forewarned; it contains indistinguishable Scottish accents and borderline plushie fetishism.

Update: All 12 bottles of The End of History sold out within the first day.