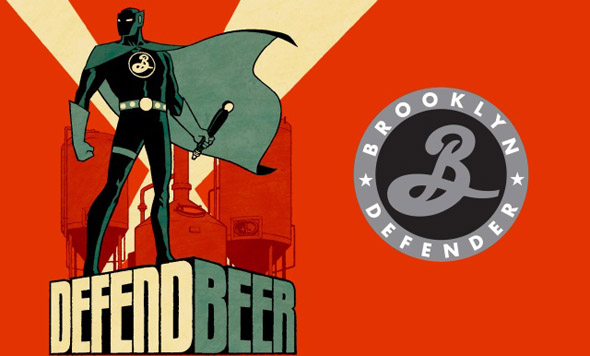 Able to leap traditional Rice Krispie Treats in a single bound — Superman Rice Krispie Treats are brought to us by Janine of sugarkissed.net. Not only do they display the Superman emblem, but the treats go above and beyond the same ol’ marshmallow and butter flavor, with a recipe for a dark chocolate and peanut butter version. 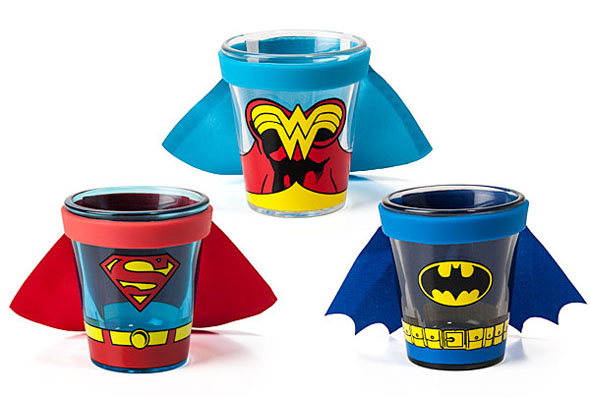 After a rough day in Gotham, Metropolis, or wherever Wonder Woman is from — Caped Superhero Shot Glasses are here to help. Bearing the logo and cape of Batman, Superman, and Wonder Woman — they’ll come in handy when you assemble the Justice League for some serious drinking.

And you can keep the superhero theme going by using one of these to chase your caped pint. 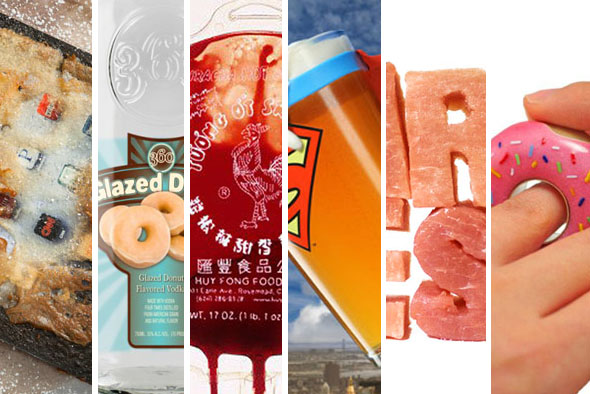 How would your iPod taste?… Deep Fried Gadgets
Save yourself a trip to Krispy Kreme… Glazed Donut Vodka Exists
Get it in you faster… Sriracha IV
Be a superhero of drunkenness… Caped Pint Glasses
Fontalicious… Food As Typography
I do, nut… Glazed Doughnut Engagement Ring With Sprinkles 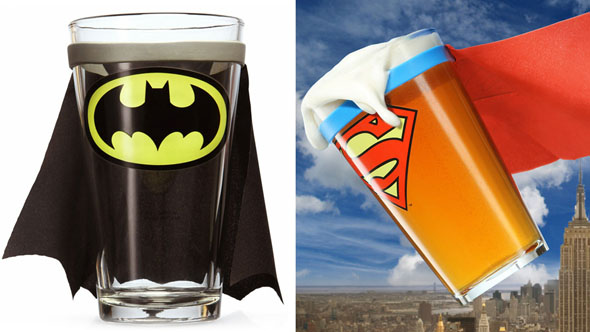 When that false sense of power you get when you’re drunk just isn’t enough, you can now perpetuate the delusion with DC Comic Caped Pint Glasses. Available in Batman and Superman — not only do you get an official superhero logo on your pint, but each glass has its own cape.

Use your new superhero pint to draw attention to yourself at your next party, and maybe that cute girl from the comic book store will finally talk to you.