Foul-mouthed, butt-kicking superhero, Deadpool, has a thing for chimichangas. Then again, who doesn’t? Nonetheless, restaurants are more likely to dedicate new dishes to superheroes, so the Deadpool Poutine Chimichanga now exists.

Brought to us by Philadelphia-based restaurant, Cantina Dos Segundos, the dish is the best type of fusion… Tex-mex, French-Canadian, and vigilante justice. 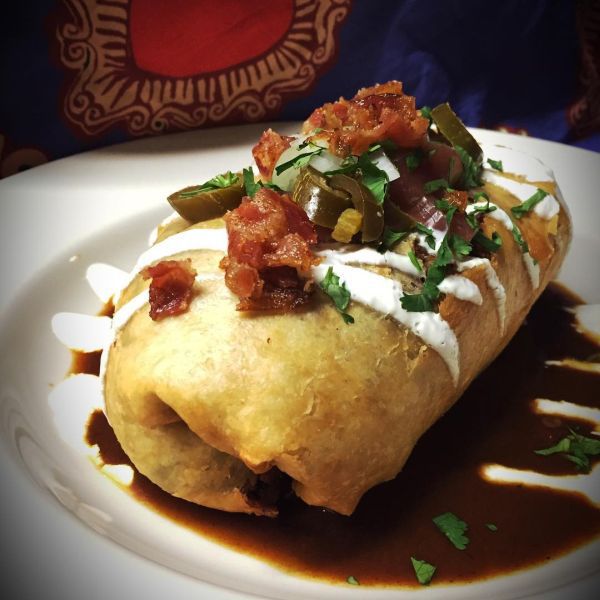 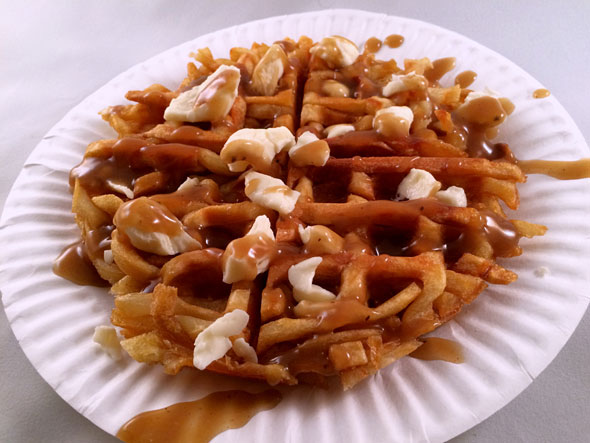 Not sure what to do with that cheese curd, gravy, waffle iron, and those French fries? The Vulgar Chef does, and has created Poutine Waffles.

The drunk snack/breakfast perfectly combines Montreal’s favorite late night snack with the awesomeness of waffles. Enjoy a stack of your own… Preferably on Saint Catherine Street at 3 a.m. 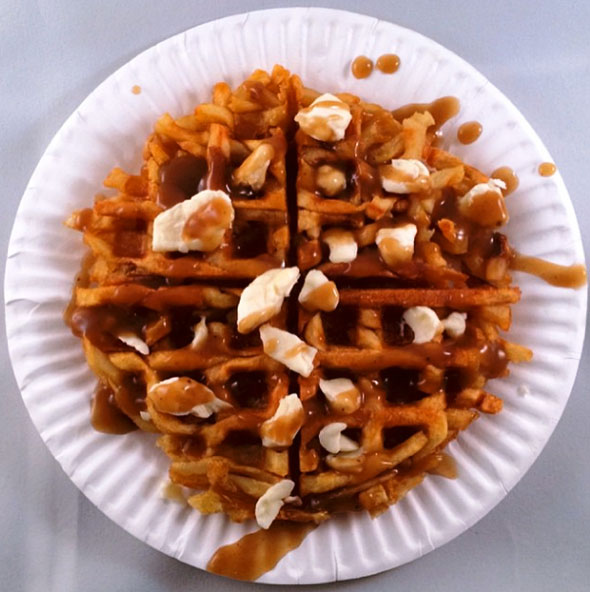 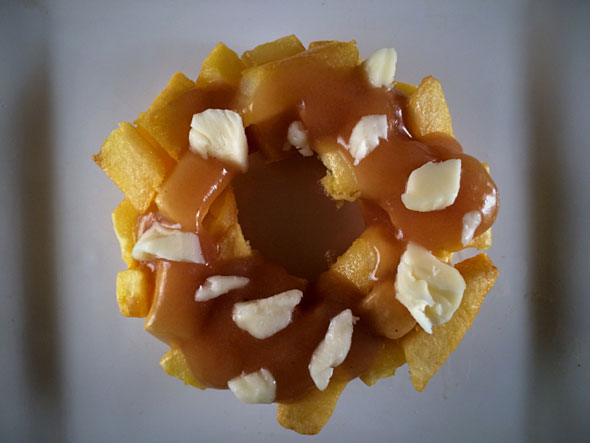 When the Vulgar Chef is in Montreal and he’s feeling inspired, stuff like Poutine Doughnuts happens.

The requisite fries are formed into the doughnut ring, then topped with brown gravy and cheese curds. Holy merde! 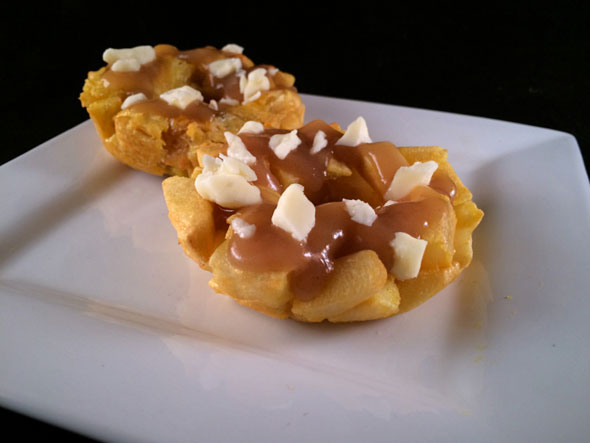 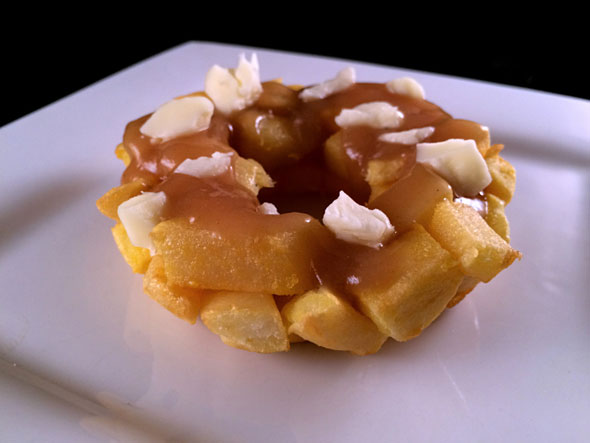 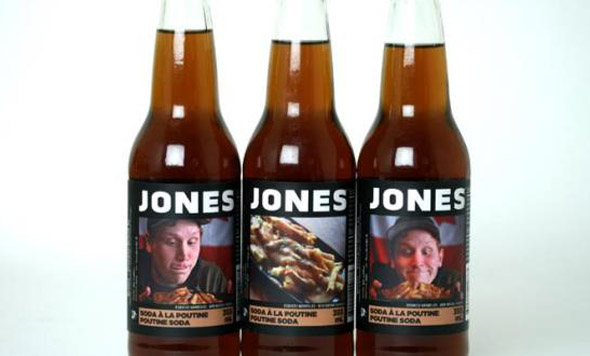 We don’t mean to stereotype… But when Canadians aren’t playing hockey or drinking maple syrup, they’re probably eating poutine. For those not familiar with the French-Canadian delicacy, it’s basically french fries topped with brown gravy and cheese curds. Now, Jones Soda has turned it into a horrifying beverage.

Poutine Soda combines the fried potato flavor with savory brown gravy and fatty curds, all contained within one bottle, and carbonated for that extra gag factor. Of course, the beverage will only be available in Canada. Here in the States, we’ll stick with our Turkey and Gravy Pop, eh?

[via Geeks Are Sexy]