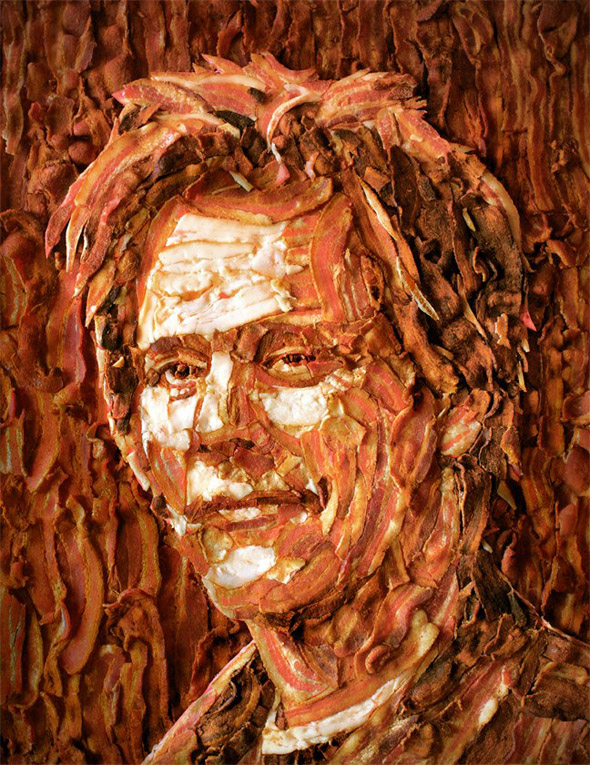 Mosaic artist Jason Mecier, who’s no stranger to using cured meats as a medium, has created his masterpiece with Kevin Bacon made from bacon.

Besides the obvious question of, “What took so long to think of this?” the next logical inquiry is “How awesome must Mecier’s apartment smell?” 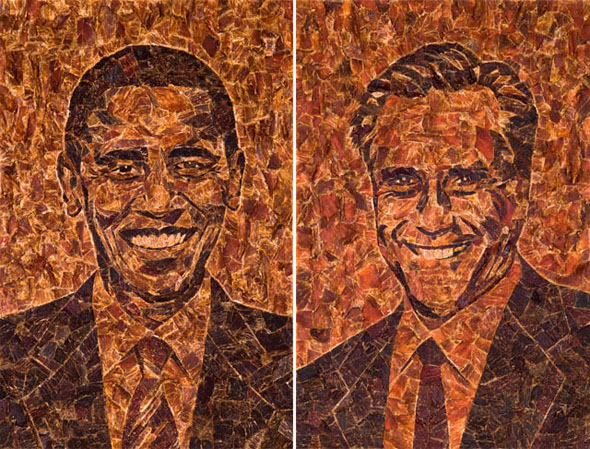 Mosaic artist Jason Mecier, best known for his food mosaics of pop culture and mythical figures, has recently thrown his glue gun into the political ring. Created for a promotion for Jack Links, Barack Obameat & Meat Romney [nice!] are made entirely from beef jerky.

Now, we try never to get political here at Foodiggity. But even Romney’s dehydrated meat smile gives me the douche chills. Be sure to check out Mecier’s making-of video below. 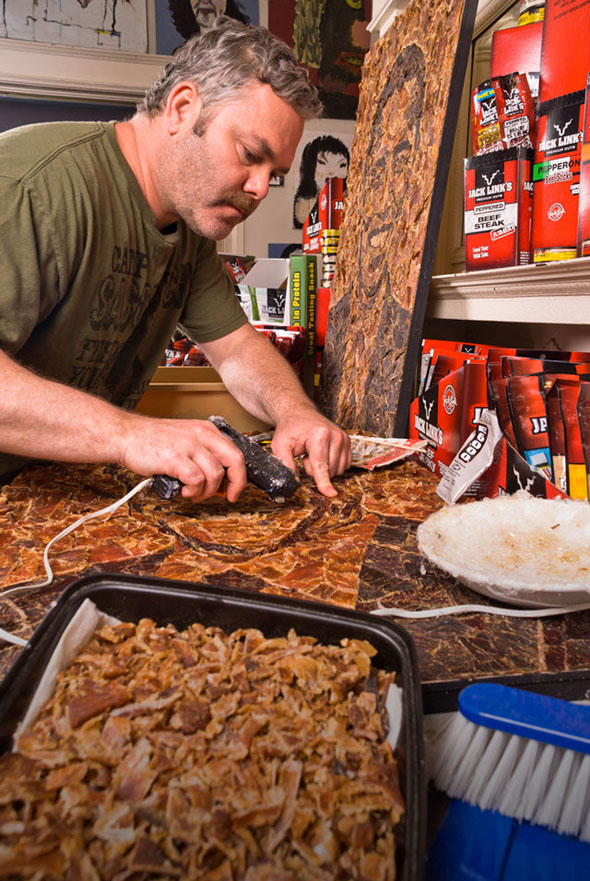 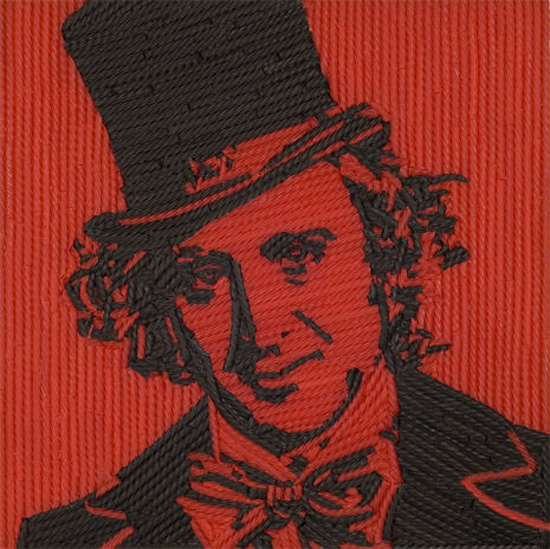 Everyone’s favorite candyman, made from candy… How meta. The Willy Wonka licorice portrait is by artist Jason Mecier, using nothing but the two colors that Red Vines licorice provides, and a lot of glue and patience.