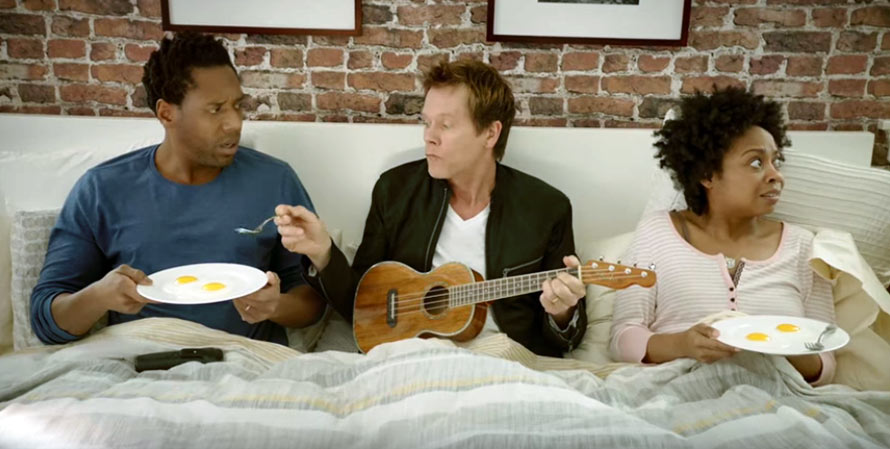 The only thing that goes better with eggs than bacon, is even more bacon. So, it makes perfect sense that actor/musician Kevin Bacon is back to peddle for the American Egg Board. Only this time, he’s accompanied by his brother, Michael Bacon.

Watch as the Bacon Brothers show up unexpectedly in people’s homes, and croon a delightful egg jingle. E-G-G-S, E-G-G-S… everybody sing! 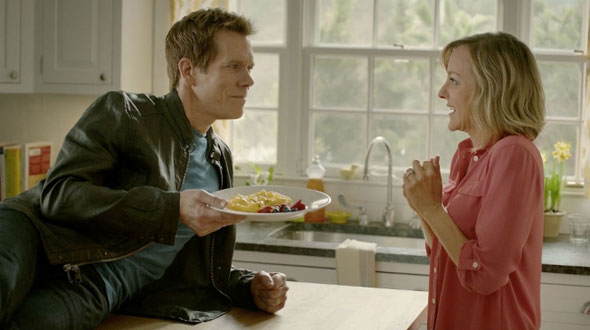 When you’re an accomplished actor, and your last name is Bacon, it’s only a matter of time before you’re playing a supporting role in an egg commercial.

Even if it took a five-decade and eighty-film career to realize this missed opportunity, Kevin Bacon has finally appeared in a brilliant spot for the American Egg Board.

Not only has Bacon finally come to grips with his pork-inspired surname, but he helps reinforce something we already know… That nobody knows eggs better than bacon. And, Kevin Bacon doesn’t like puns.

Mosaic artist Jason Mecier, who’s no stranger to using cured meats as a medium, has created his masterpiece with Kevin Bacon made from bacon.

Besides the obvious question of, “What took so long to think of this?” the next logical inquiry is “How awesome must Mecier’s apartment smell?”