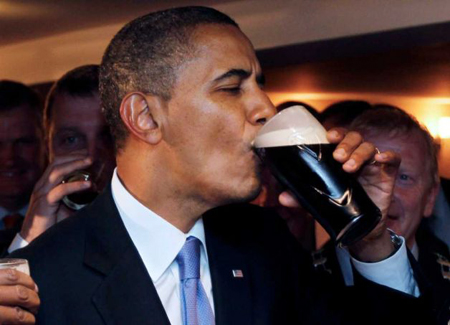 While recently in Ireland, President Obama took a break to do what any American tourist would — stop off for a pint of Guinness. After recently admitting to a distant Irish ancestry, Obama visited Ollie’s Bar in Moneygall — the small Irish village where his great-great-great grandfather once lived and worked as a shoemaker.

Not wanting to ‘mess it up’, the President showed extreme patience while waiting for the pint to properly settle. Also, in staying true to his newfound Irish ancestry, Obama was later seen picking a fight in the parking lot.*