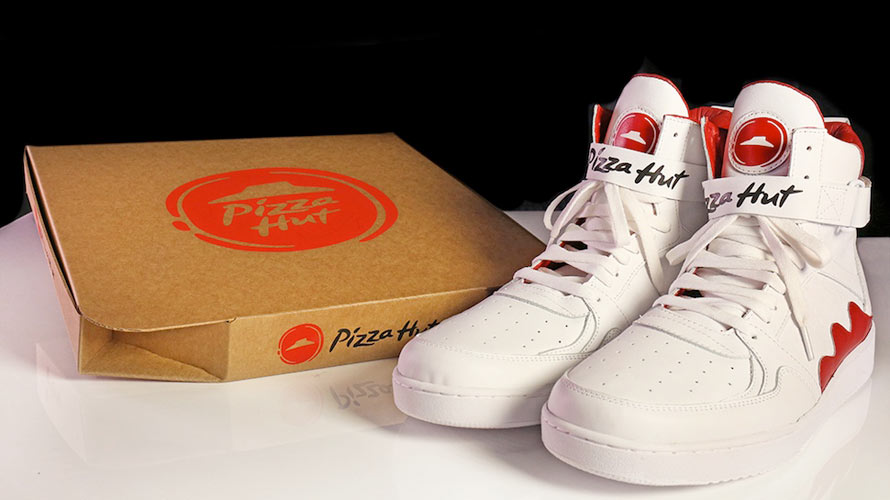 Ordering a pizza used to be an arduous process of picking up a phone, dialing said phone, and then speaking to another human. Then came apps, that take nothing more than a push of a button… but that became boring and isn’t footwear.

Thankfully, there’s now Pie Tops [ugh]. The Pizza Hut-branded sneakers could not only help improve your sad hoops game, but at the push of a button on the footwear’s tongue, you can order a pizza. The button works via Bluetooth and in tandem with an app that stores your default order.

So, once you’re done getting schooled on the court, you can simply reach over, give your sneaker a squeeze, and treat the team to a pie. No mention yet if the Pie Tops will be available for a mass release, but a few are being offered to help celebrate Pizza Hut’s 1st anniversary as the official pizza of the NCAA.