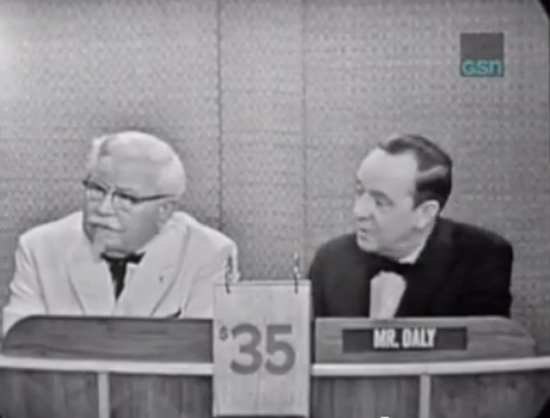 Imagine a time — before his mug appeared on greasy buckets worldwide — when the iconic Colonel Sanders was unrecognizable. Appearing on an episode of What’s My Line? in 1963, the ‘Head of the Southern Fried Chicken Company’ is questioned by the panel, until he’s forced to reveal his evil plan for worldwide fried chicken domination.