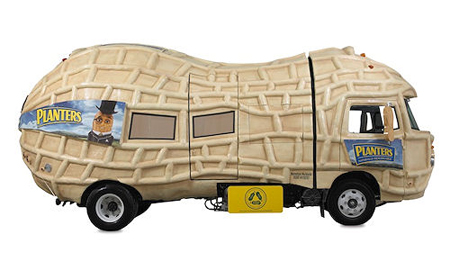 Everyone’s favorite monocled mascot, Mr. Peanut, will soon be a little easier to see coming. The anthropomorphic nut, and longtime face of Planters, will now be rolling in the aptly titled ‘Nutmobile‘.

Based on a 2011 Isuzu NPR diesel truck, the Nutmobile will go on tour to promote the ‘peanut lifestyle’ of giving back to the earth. And in case you thought that the peanut-on-wheels would be an environmental menace, Mr. Peanut’s ride is greener than most rolling billboards. It’s equipped with 5 percent biodiesel, solar panels, a wind turbine and a bank of batteries.

Once word gets out that there’s a new way to feign concern for the environment by driving an ugly car, we may find Nutmobiles replacing the Prius in every do-gooder’s driveway. And, it seems that Planters squandered the seemingly built-in gimmick of having the car run on peanut oil.

The new Nutmobile will be on its national tour from March through the end of summer. Look for the giant peanut parked on newly created peanut-shaped parking lots — seriously. 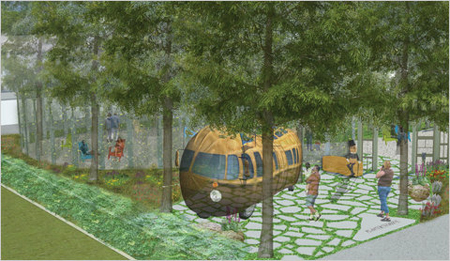