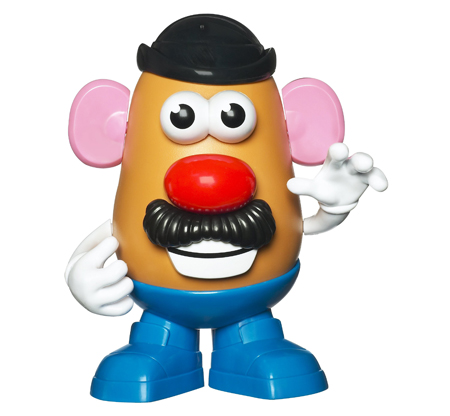 In what could only be described as a carb-cutting measure [he, he], Hasbro recently unveiled a new and noticeably thinner Mr. Potato Head. Officially named Active Adventures Mr. Potato Head, the svelter spud was presented last week during the 2011 International Toy Fair convention in New York City. Thankfully, Potato Head is now able to wear those jeans that haven’t fit since 1952.

Not to be outdone by her mate, Mrs. Potato Head has also gotten off of the couch, and is sporting a slimmer figure.

Now, it is only a matter of time to see if the skinnier spuds will have the intended effect of encouraging active lifestyles. Perhaps potato-shaped humans will now be inspired to take on a more oval appearance — or, the new Potato family will just encourage our youth to develop their body image issues a little faster.