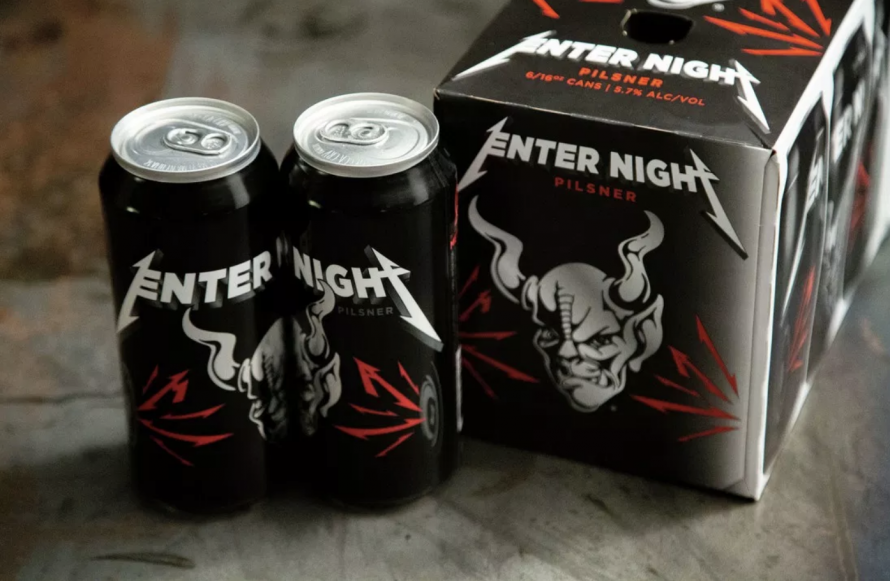 Not content with just one beer, Metallica is back with Enter Night Pilsner.

Because nothing says, “metal” quite like a dainty pilsner, the beer is available in menacing black cans. It clocks in at 5.7 percent ABV with “intense drinkability” and “remarkable flavor and aroma which artfully combine the beauty of a traditional Northern German Pilsner with Arrogant Consortia’s modern overtones of aggression.”

Whether a pilsner can be half as interesting as described, remains to be seen. Even one in collaboration with Stone Brewery, and that band members apparently had a hand in designing.

via food and wine