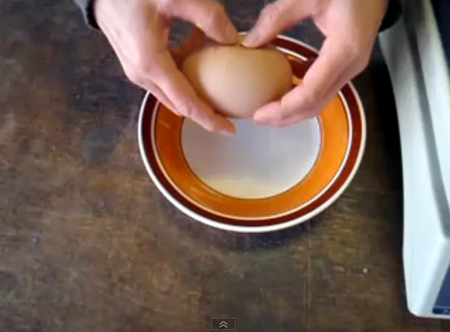 Apparently finding a double-yolked egg is good luck. But what about a fully formed egg within another egg? Well a few video-makers got an Inception-like start to their day, after finding not only a yolk, but another bonus yolk within another egg.

The commentary is in Japanese, so not unlike Inception, you will probably have no idea what the hell is going on.