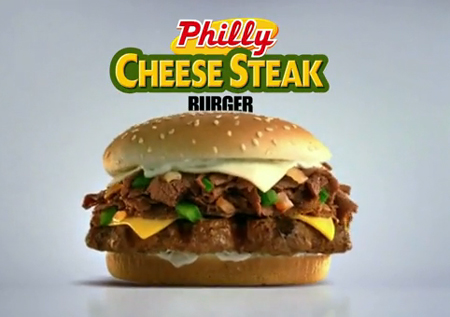 Carl’s Jr. has recently launched a new ad campaign for their Philly Cheesesteak Burger using Philadelphia-themed Legos. The spots will attempt to sell this abomination by including the likes of Lego Founding Fathers, and of course Lego Rocky. 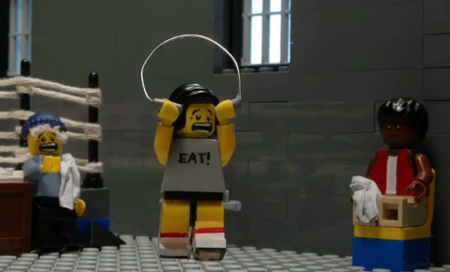 Although the burger has been on Carl’s Jr.’s menu for some time — their new commercials make the cheesesteak/burger hybrid the latest entry into the seemingly endless grosser-than-gross contest.

It also officially makes the cheesesteak Philadelphia’s ongoing, beaten-to-death claim to fame. That and not winning Super Bowls or Stanley Cups.