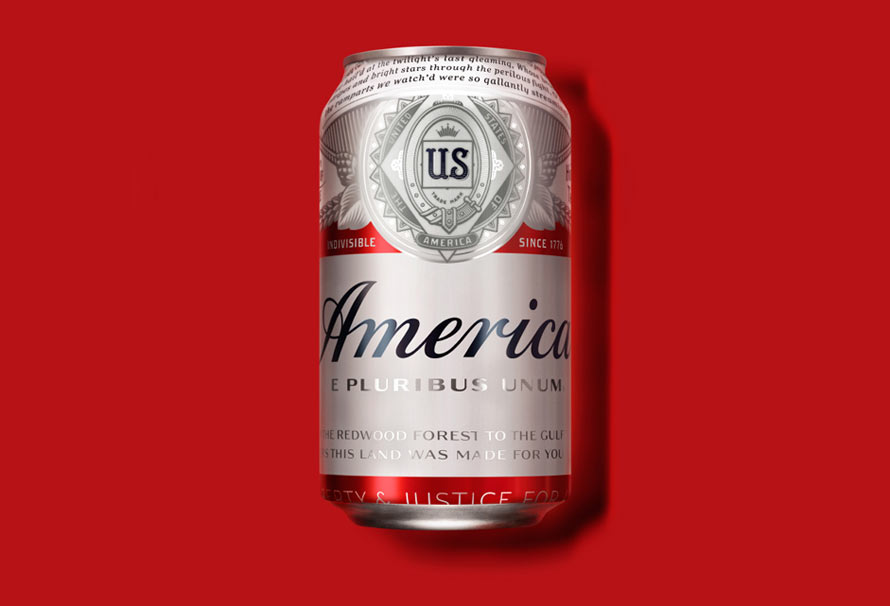 Nothing says, ‘America’ quite like a mass-produced, watered-down lager. Anheuser-Busch, although now owned by Belgians, knows this, and will temporarily rebrand Budweiser to be called “America.”

Apparently, this is a marketing stunt for what could be the most drink-inducing season in American history — the summer leading up to this year’s Presidential election. Bottles and cans of Budweiser were only slightly modified for the name-change — making them easily-recognizable for brand-faithful Bud-drinkers.

So, here’s to what could be the most American summer to ever America. Thanks, Belgium!