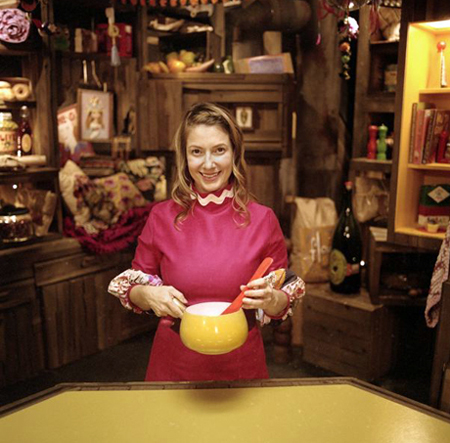 Yummyfun Kooking is a bizarre and sickeningly adorable cooking show for kids. Hosted by Yummy Clare — an uncanny mashup of a kitchen-competent Food Network host and Pee-wee Herman.

Viewers of Clare’s DVDs or YouTube videos can expect dishes such as googly-eyed spaghetti, candy bugs, potato flip-flops, and monkey pops. She’s also responsible for a few other kid-hypnotizing culinary methods such as ‘making candy, and putting some more candy on it.’ Watch her in action.