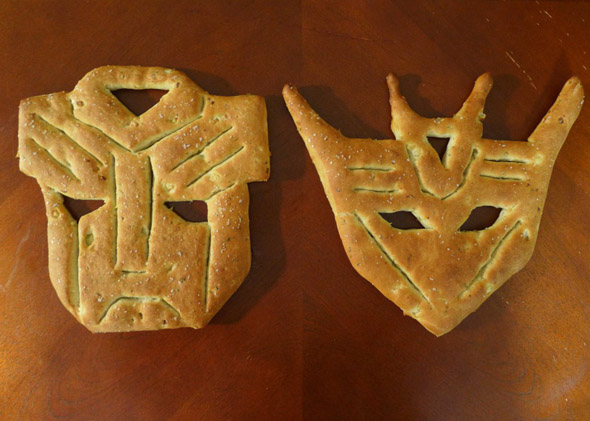 Transformers Bread, more than meets the eye… Transformers bread, carbohydrates in disguise. The pull-apart and nerd cuisine-influenced bread is brought to us by recipe blogger Chris-Rachael Oseland.

The ‘How-To’ can be found here. It’s based on a recipe for Fougassee bread, probably because Transformers are fugazi.