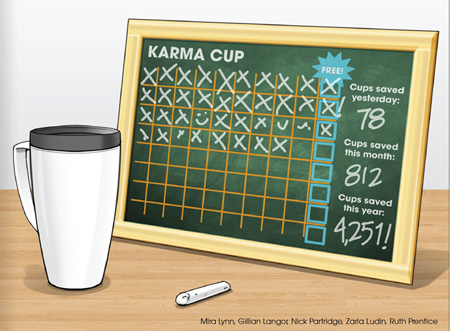 The concept behind Karma Cup is this—A chalkboard at the coffee shop will chart each person who uses a reusable mug. Every tenth person to order a drink with a reusable cup will receive his or her drink free. And people love free. 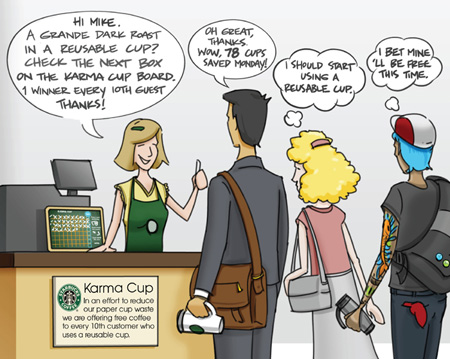 Although the winning solution is creative, and might put a small dent in the number of disposable coffee cups used, it is a bit contradictory to the original initiative.

Betacup is on record as not having great things to say about reusable cups, and they made us feel assured that we might be seeing the end of the portable cup as we know it—that is what made the challenge exciting. Think they’d like to rewrite part of the script from this video?

We cannot help but think that Starbucks saw the chalkboard solution as a convenient way to move more product—specifically their own branded travel mugs.

Betacup and Starbucks might have meant well; but they have created some new, unforeseen problems. Non-recyclable coffee cups still exist. Unwashed, unclaimed Starbucks travel mugs will now surely fill office kitchen sinks everywhere. And people who have not been properly caffeinated and feel entitled to free stuff, can be real assholes.