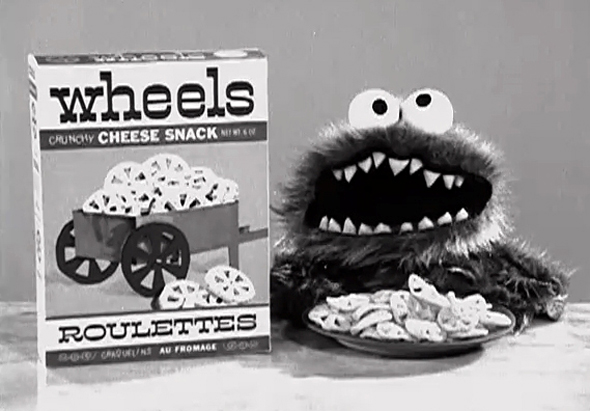 Before he was a speech-impeded cookie eater, Cookie Monster was an insatiable cheese snack stealer — with teeth. Known at the time as the “Wheel-Stealer,” Cookie first appeared in a 1966 unaired commercial for Wheels, Crowns and Flutes snacks.

Later versions of what eventual became Cookie Monster included an appearance in green on the Ed Sullivan show, then toothless and shilling for Munchos.

And check out Foodiggity’s 7 of The Best Food-Related Moments in Muppet History.