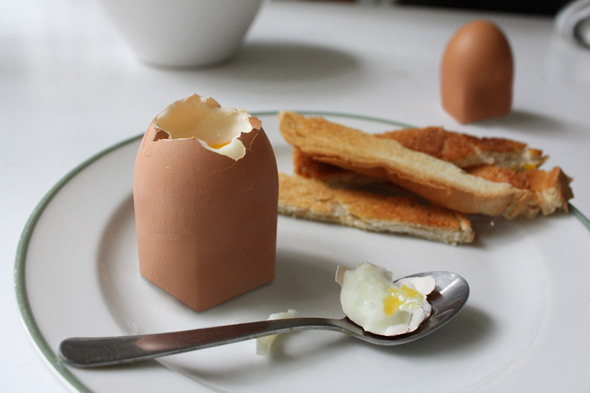 Because we need this, the Square Egg is a concept by British designer Dominic Wilcox. Showing almost no concern for the poor hen that would have to lay this, Wilcox presented the idea at The Contemporary and Modern Art Museum of Trento and Rovereto in Italy.

The “Genetically Modified Egg Cup” was meant to be a commentary on the positive and negative effects of genetically modified foods — usually created for nothing more than our own convenience. And, don’t worry, Wilcox has thought of those rolling peas too.