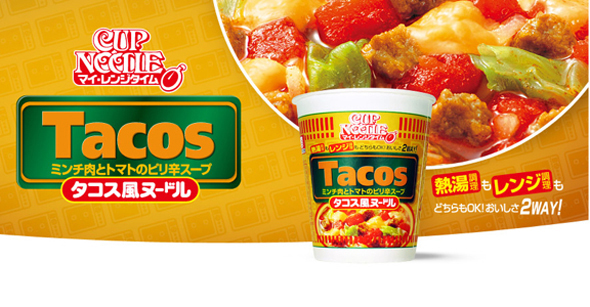 Instant noodle maker Nissin wants in on the portable taco action — so we now get something called Cup Noodle Tacos. In this culinary fusion gone horribly wrong, Nissin has created something that they describe as having “the flavor of meat” and “the smell of tortillas.” And don’t forget the “appearance of failure.” 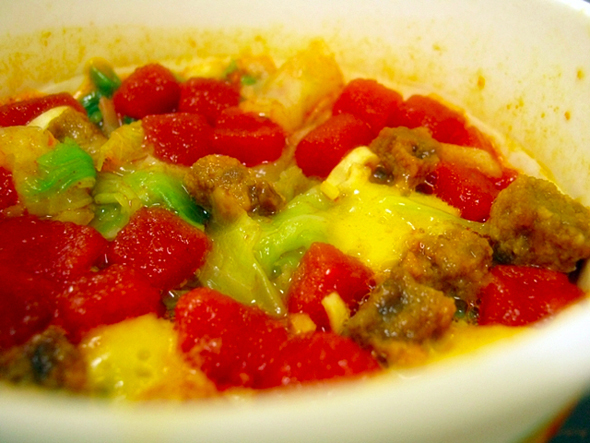