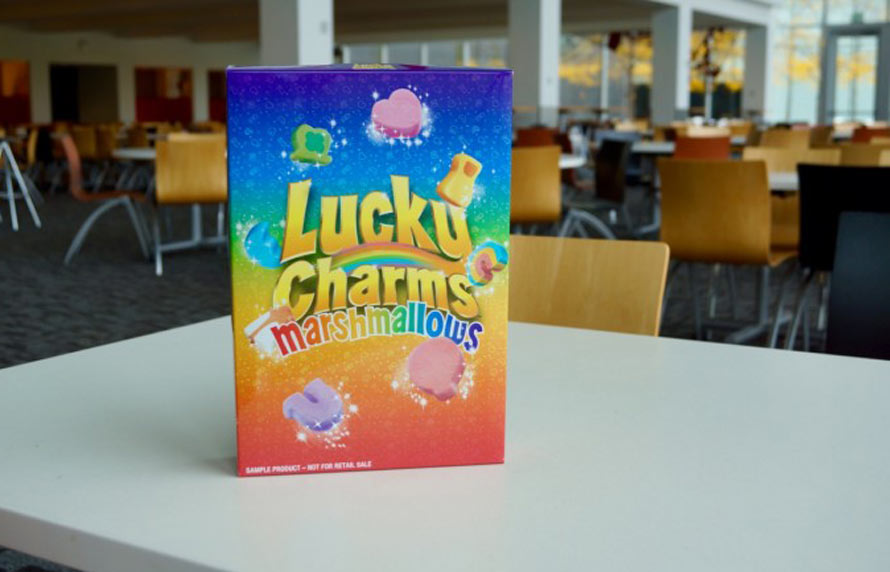 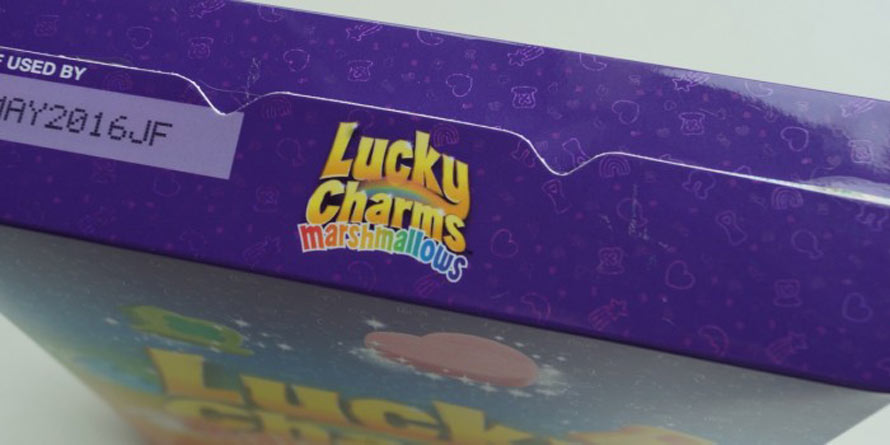 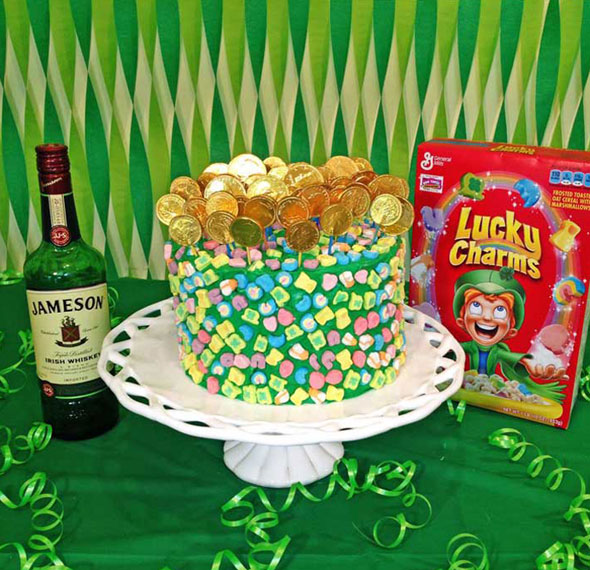 Nothing says, “Irish” and “St. Patty’s Day,” quite like the colorful marbits of Lucky Charms Cereal. And, perhaps some Jameson Irish Whiskey.

Charles Phoenix agrees, and has created the Irish Whiskey Soaked Lucky Charms Cake. The cake is covered in the sugary Lucky Charms marbits, with not an oat cluster in sight. And the best part… Cutting into the cake to reveal a rainbow, and the fact that the cake is Jameson-flavored. 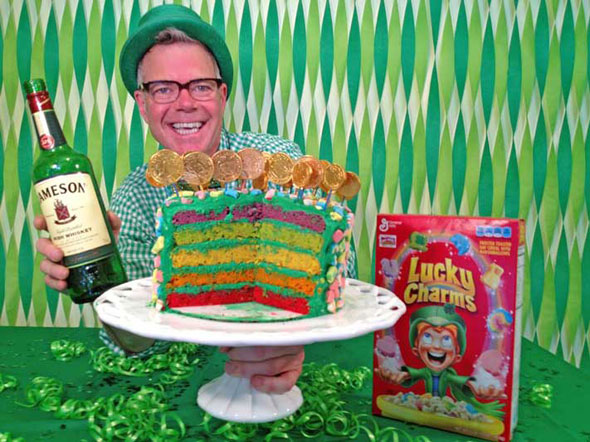