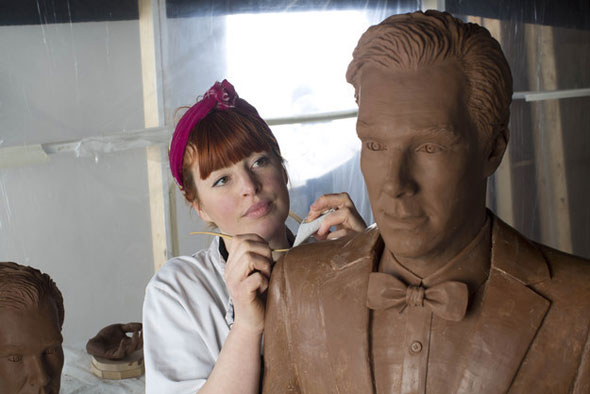 Benedict Cumberbatch succeeded Ricardo Montalban as Star Trek’s Khan, and was recently nominated for an Academy Award. But his greatest career achievement is probably being voted Britain’s Yummiest Actor by UKTV.

This distinction gets you a Life-Size Chocolate Benedict Cumberbatch. The choco-statue is made from 100% Belgian chocolate, and is complete with bow tie, and Cumberbatch’s flawless hairdo. It also has a yummy center of British charm.* 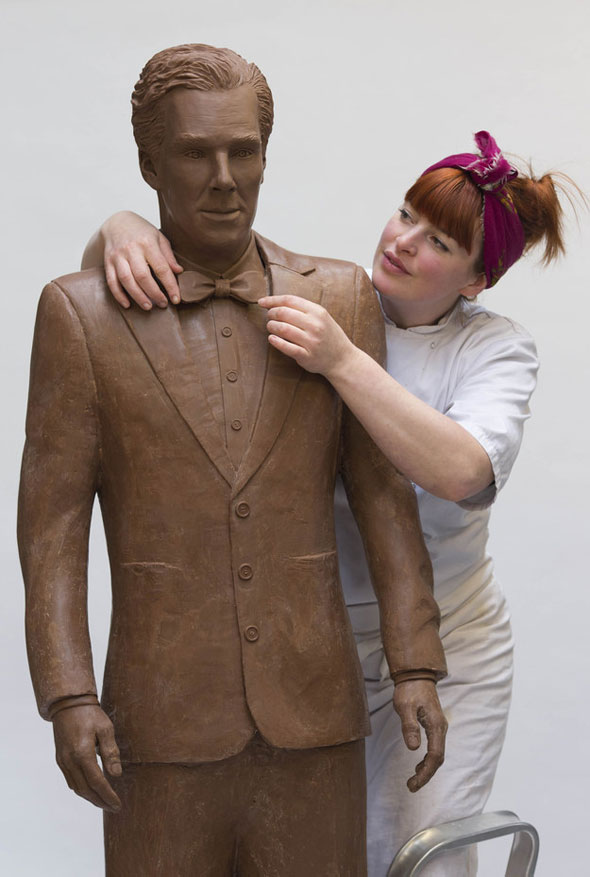 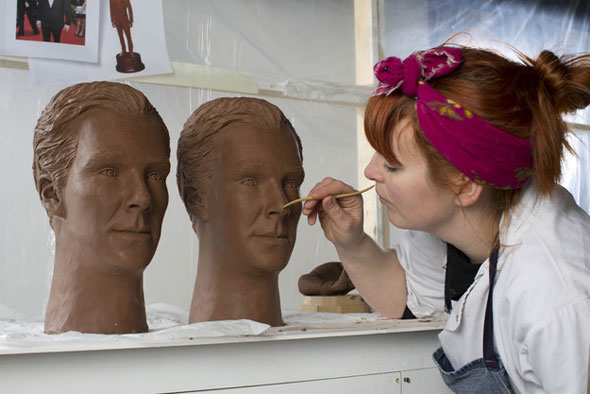 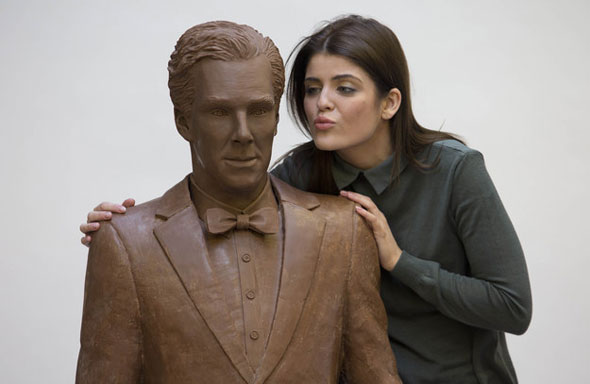 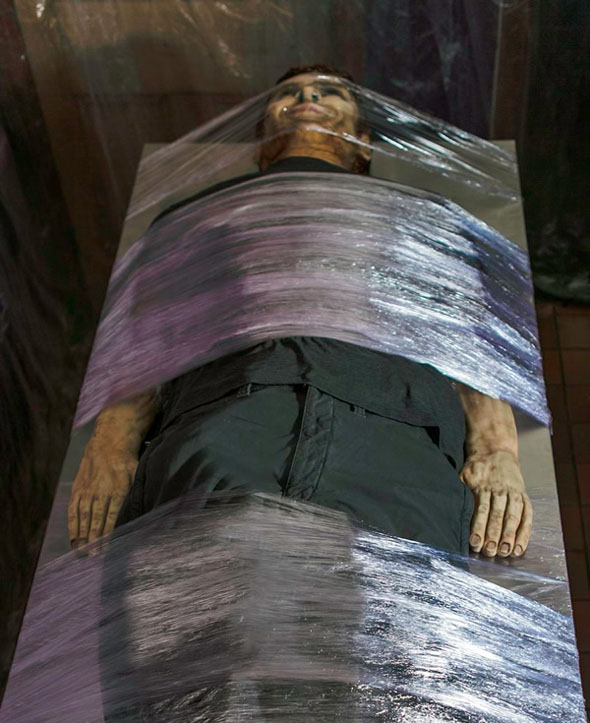 Dexter recently began its final season. And to help celebrate eight years of serial killing, Miss Cakehead and Annabel de Vetten of Conjurer’s Kitchen created a life-size version of Dexter himself. They even recreated a “kill room” for effect, then repeatedly sliced up and served the title character. Good times. 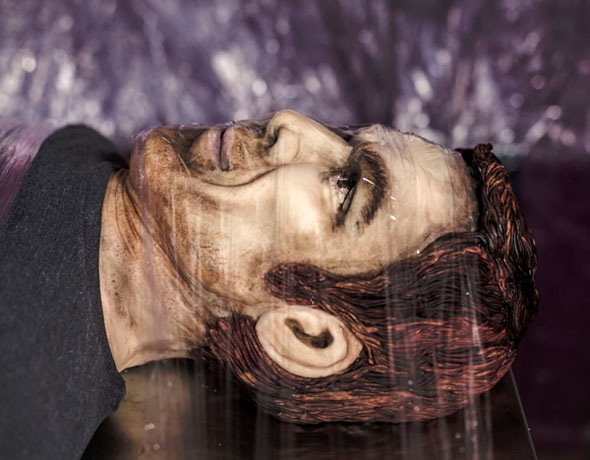 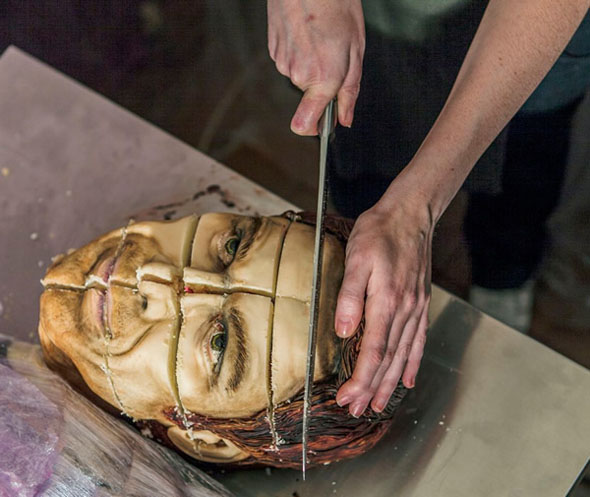 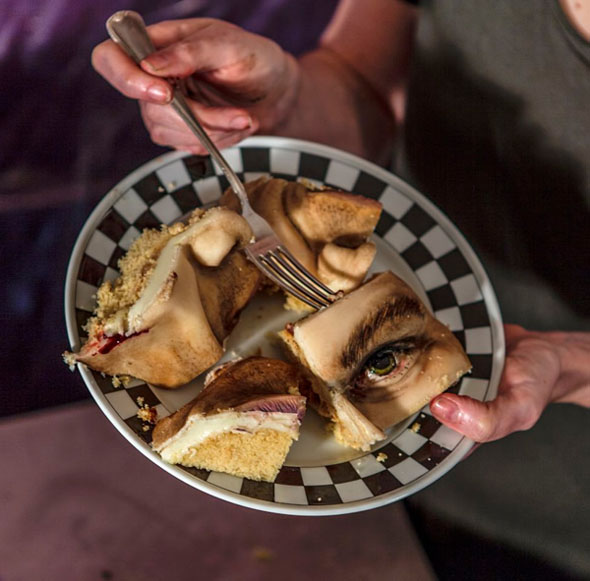