The Avengers franchise gave us a lot of things. Besides the mindless entertainment and a decade-long emotional investment in superheroes — there was the subtle reference of new Ben & Jerry’s Ice cream flavors.

However, since Iron Man and Hulk don’t actually exist, nor does “Stark Raving Hazelnuts,” or “Hulka Hulka Burning Fudge.” Until now.

Binging with Babish makes fictional pop culture foodstuffs a reality, and he’s brought forth those super flavors. Although, the Avengers-inspired ice cream won’t be available to the masses, Babish takes you through the steps of making your own. Ice cream, assemble!! 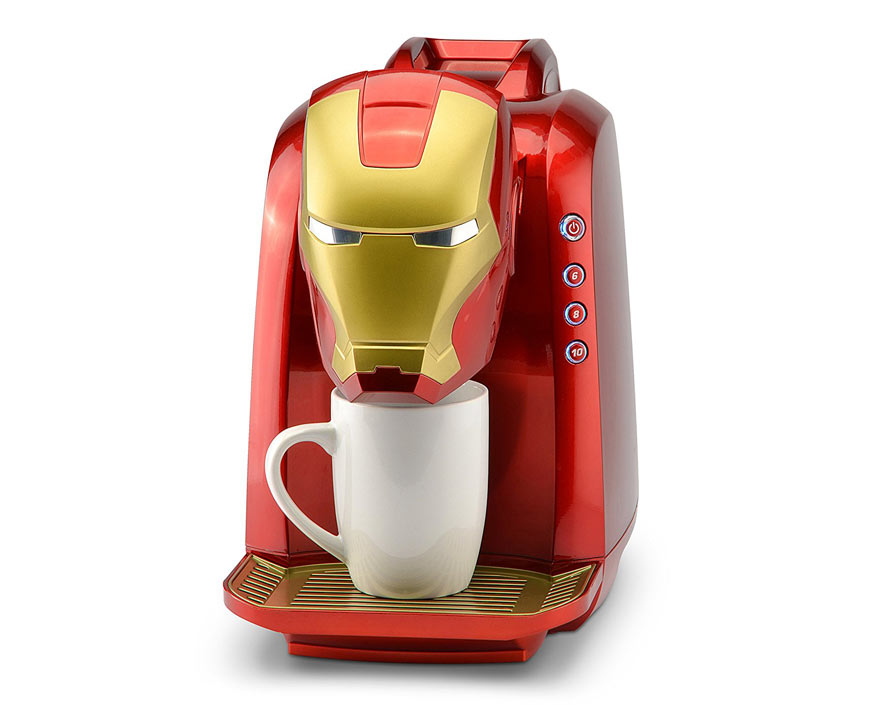 Although Iron Man’s days may be numbered, he could still live on in your kitchen. The Iron Man Coffee Maker is your new morning superhero.

The single-serve coffee-maker accepts coffee capsules, or you can use the pod adapter to brew your own ground beans. Just lift Iron Man’s noggin, insert the coffee of our choice, and get ready to leave your morning in the dust. Too soon? 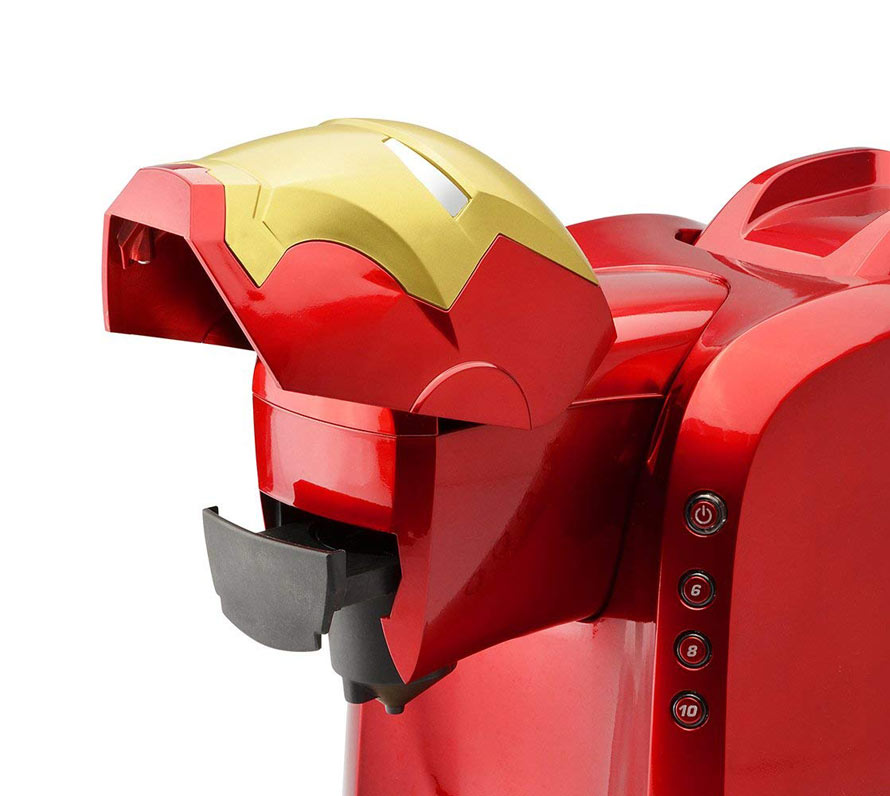 No matter if you’re Team Cap or Team Iron Man, you’d probably want to eat both of these adorable rice balls.

Created by food artist, Peaceloving Pax, Captain America and Iron Man onigiri is only a small part of her awesome rice art. Check out more here. 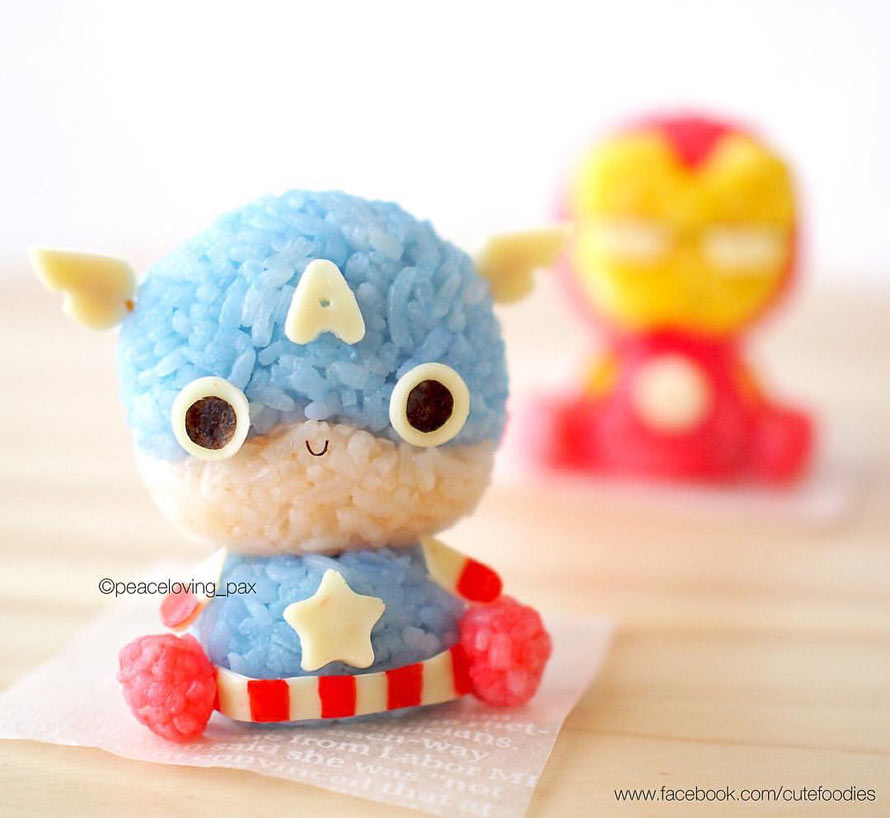 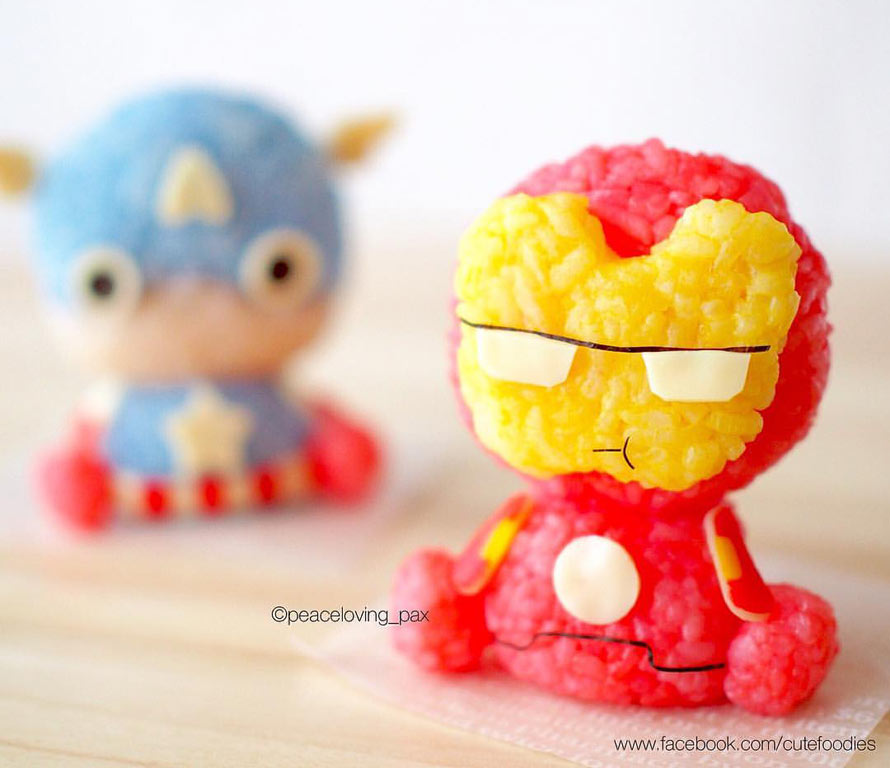 Although we’re still not sure what Captain America and Iron Man are fighting about in Captain America: Civil War, the beef appears to have spilled over into craft services.

Robert Downey Jr. is about to consume the last donut. Coincidentally, it’s adorned with red, white and blue sprinkles — which Chris Evans feels should be his. A stand-off ensues, Scarlet Witch screams, the end.

Whose side are you on? 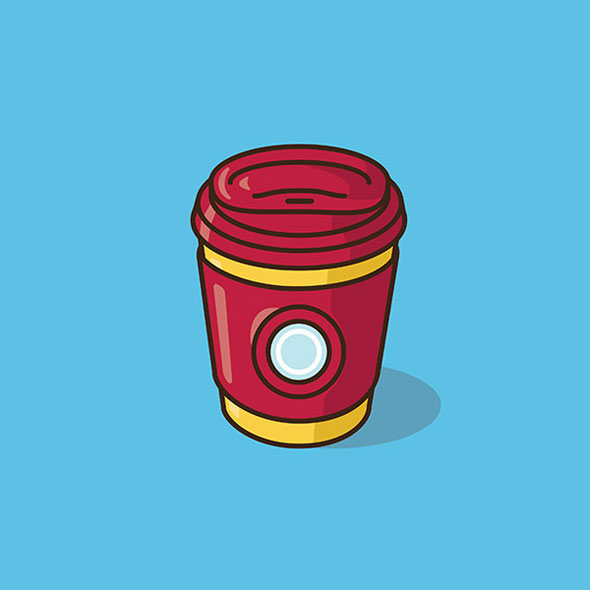 Few things could make our morning coffee any more awesome. That is unless our drinking vessels looked like Iron Man or Woody from Toy Story.

Artist Jacob Parr wants to help make coffee even awesomer, with There’s a Capp For That. The illustration series explores the idea that most pop culture characters are easily recognizable in any form. And, that the viewer would embrace any idea that had to do with coffee.

See more of the series below and over at Parr’s Behance site. 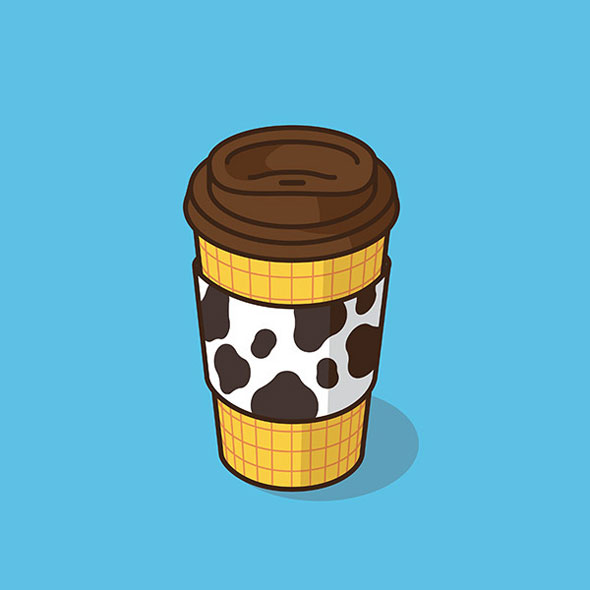 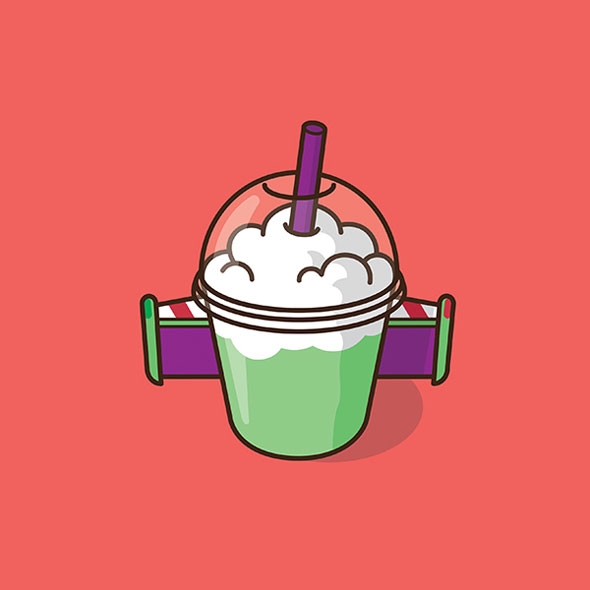 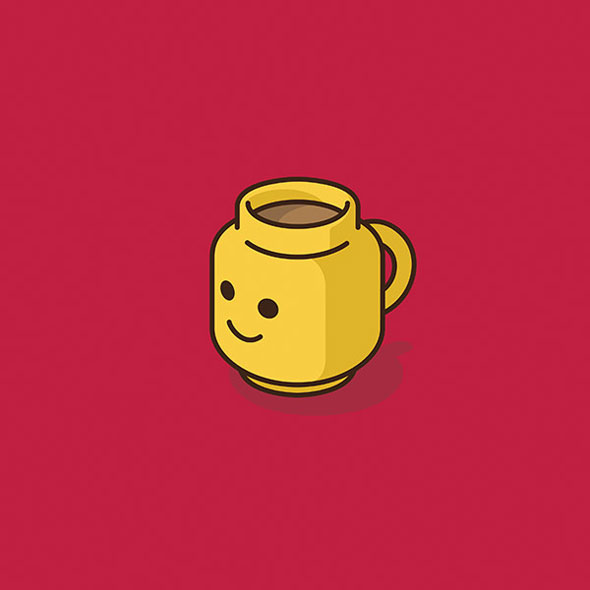 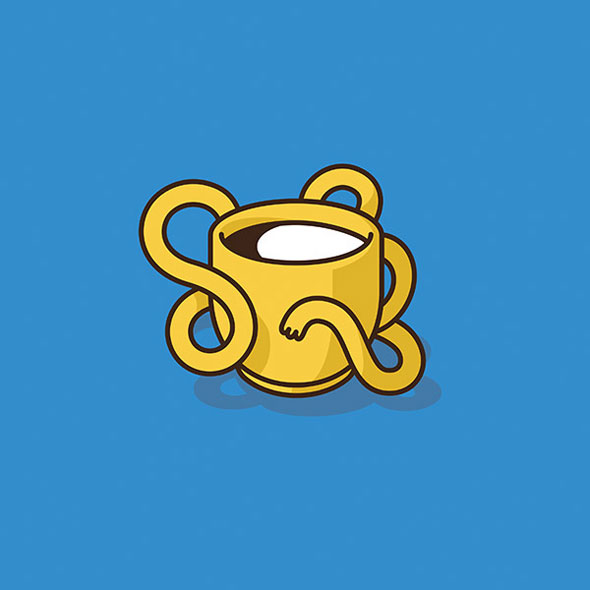 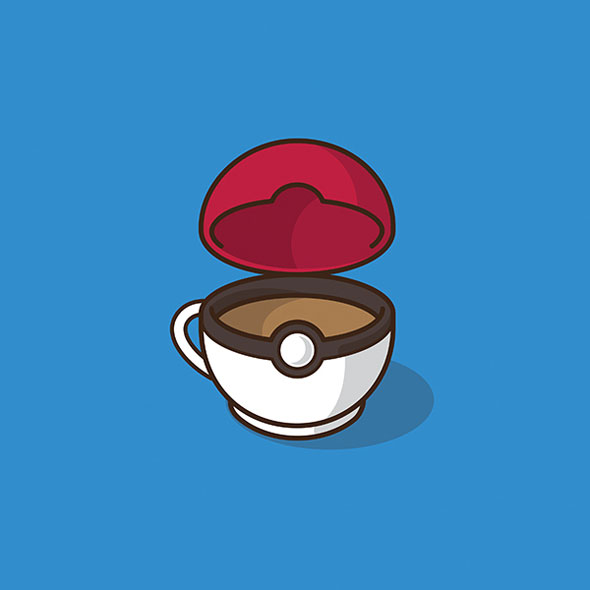 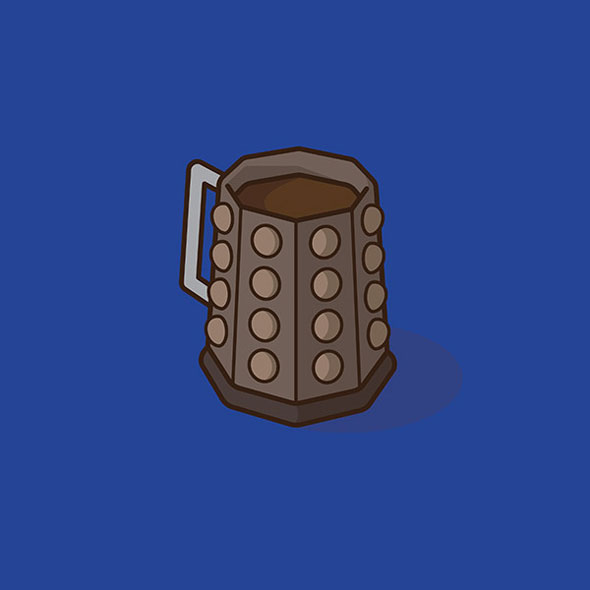 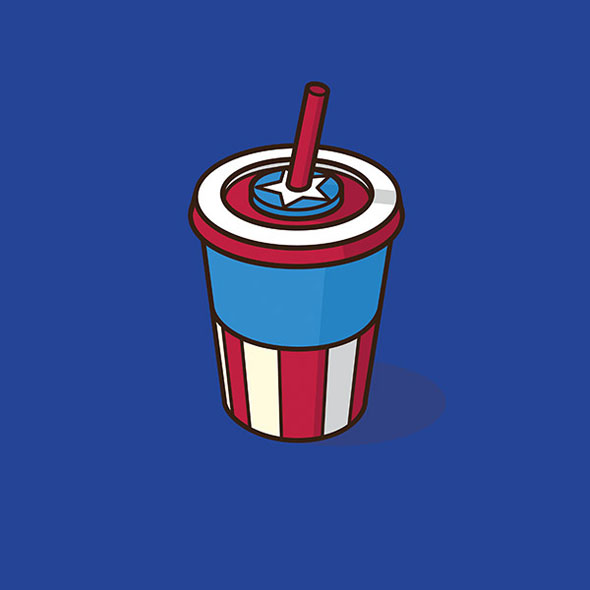 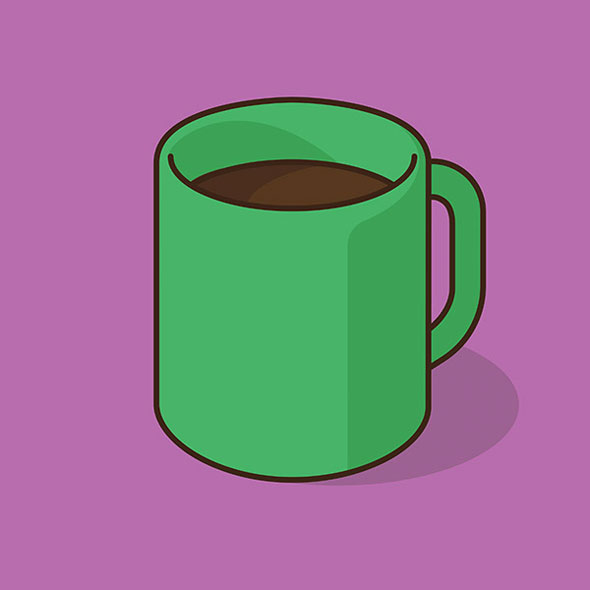