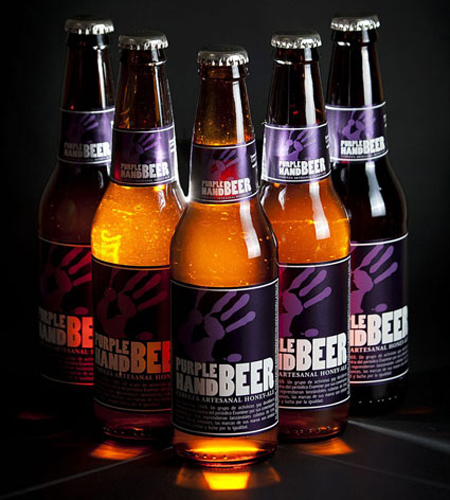 Marketed as the first beer specifically for gay drinkers, Mexican brewery Minerva has released Purple Hand Beer and Salamandra. Made with organic honey and malt, the ‘queer beers’ have an orange flavor, which the brewer believes will appeal to gay communities. You know, because gays love orange.

With labels designed to be easily removed, it also encourages the drinker to re-stick their pride anywhere they’d like. Perhaps on a float in an upcoming parade, or on a Conservative’s car bumper.

And, besides being reminded of a certain SNL sketch, the concept of a gay beer is certainly nothing original. America already has a gay beer… It’s called Michelob Ultra.