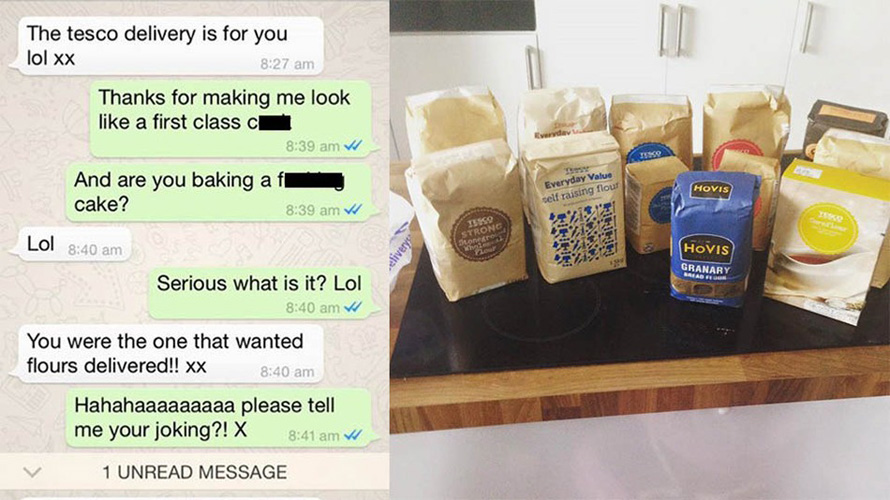 Welsh gentleman and romantic, Richard Selway, took full advantage of a good sense of humor and homophones, sending his girlfriend a dozen flours.

Figuring the delivery was a joke, Paige-Ellen Williams almost sent the Tesco delivery man away, before confirming the romantic gesture with her boyfriend via text.

Hopefully, just for being a first-class wiseass, Richard got at least some pie out of the deal. 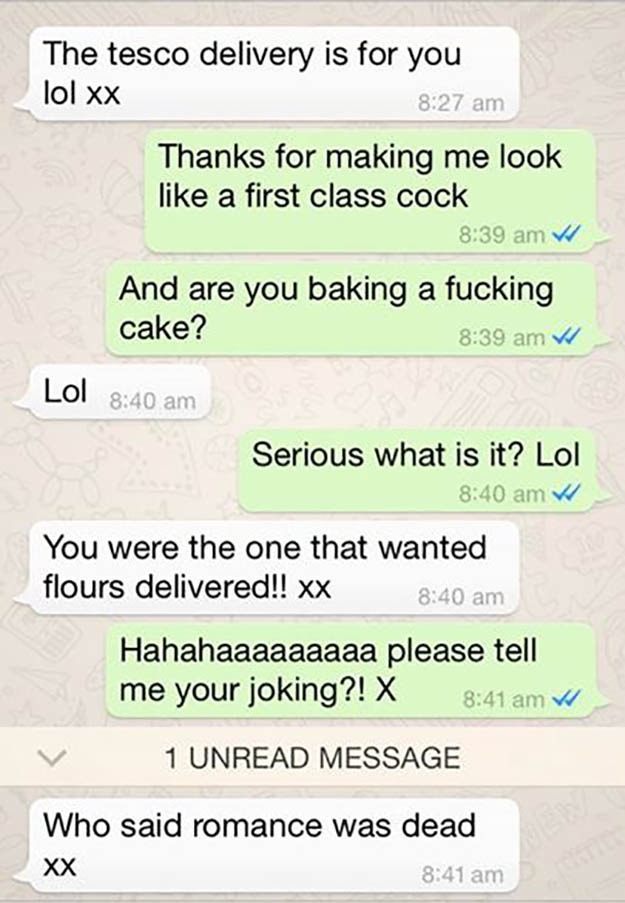