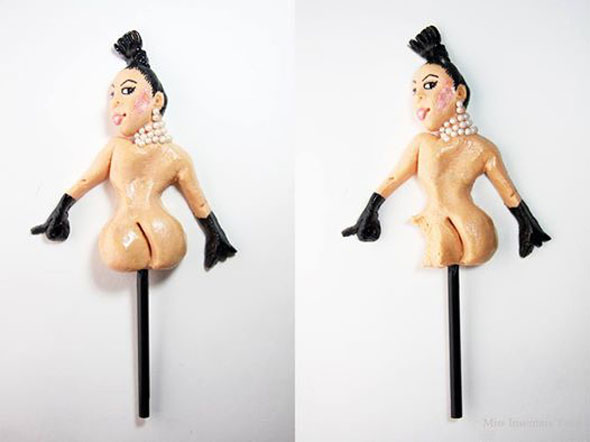 Unless you’ve been living under a rock, or have the coveted Kardashian Block Tool* on your Facebook feed, then you’ve surely seen Kim Kardashian’s attempt to “break the internet” with her ass. Luckily, the internet not only prevailed, but responded quickly with a series of scathing memes.

Lou Lou P’s Delights then celebrated victory in cake pop form, with an enormous-bottomed and impossibly-waisted likeness of KK. Lou Lou P’s does offer their apologies for adding any attention to this matter. As they’ve stated it, “it had to be done…didn’t it?”

Yes, it did… Now lets #breaktheinternet with this cake pop.

*may or may not exist, but should.